About 1,000 Syrians escaping from civil war in their country sheltered Turkey 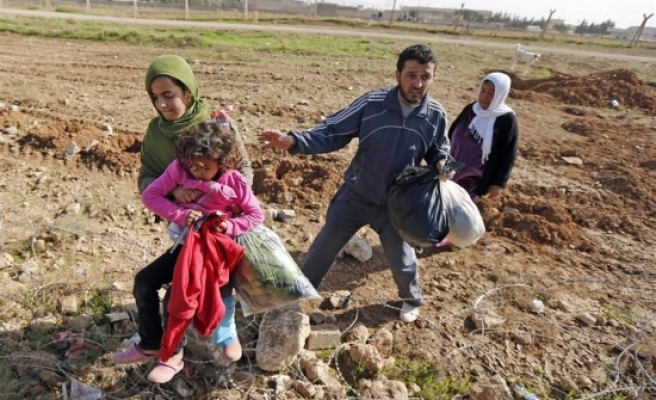 About 1,000 Syrians escaping from civil war in their country sheltered Turkey, marching through the mined terrain on the border.

The Syrians among whom there were also children and the old marched through the mined terrain and entered into Turkish border on Thursday.

The refugees were sent to camp-cities in Akcakale, Harran and Ceylanpınar districts of southeastern province of Sanliurfa via vehicles after the Turkish security forces questioned them.

Meanwhile, other Syrian refugees were reported to arrive towards Turkish border in mass.