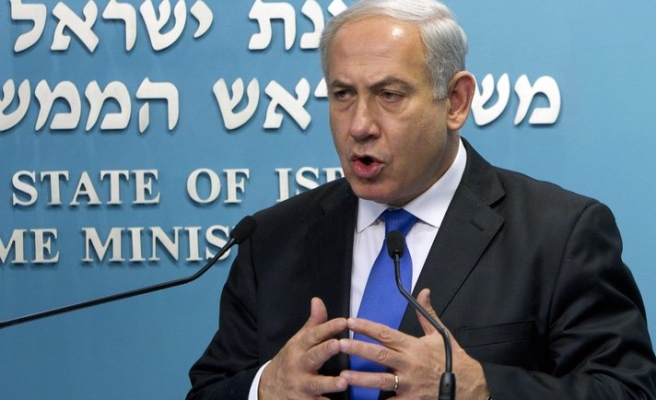 Prime Minister Benjamin Netanyahu gave the go-ahead on Sunday to reforms that would end the exemption of ultra-Orthodox Jewish men from compulsory military service, in an about-face hours after 20,000 Israelis marched for change.

Military service is a highly emotive issue for Israelis, most of whom start a two or three-year service at the age of 18. Many are also called up for reserve duty. Ultra-Orthodox Jewish men are exempt to allow them to pursue religious studies.

At his urging, the Likud legislators ratified the recommendations of a government-appointed panel formulating a new military conscription law that would cancel exemptions for most Jewish seminary students.

The issue has put huge strain on Netanyahu's ruling coalition. Only last Monday and under pressure from religious leaders, the prime minister dismissed the panel, headed by Yohanan Plesner, a member of the centrist Kadima party that is the biggest partner in the coalition.

The committee went ahead and issued its report two days later, in defiance of Netanyahu and with the support of Kadima leader and Vice Premier Shaul Mofaz, who issued veiled threats to quit the government only two months after joining it.

About 20,000 people marched in Tel Aviv on Saturday night calling for an "equal sharing of the national burden" and demanding Netanyahu change course and back the committee's proposals.

Political commentators said Netanyahu's perceived siding with ultra-Orthodox parties - traditional partners in Israel's ruling coalitions - was a rare misjudgment of the national mood by a popular leader who now heads one of the biggest governments in the country's history.

The countdown to what Netanyahu on Sunday called "historic change" started in February, when the Supreme Court struck down the conscription law that allowed the exemptions, effectively giving parliament until August 1 to pass a new one.

"It is a once-in-a-decades opportunity and the prime minister is wasting it away," Boaz Nol, one of the organisers of the Tel Aviv march, said on Saturday.

The theme of the protest, spearheaded by military reservists who set up a tent city outside a Tel Aviv train station, was that Israelis were tired of being suckers and serving in the military while religious seminary students did not.

Israel's first prime minister, David Ben-Gurion, approved a policy of exempting what was then a small group of 400 ultra-Orthodox seminary students. The original handful has grown to about 60,000 men largely supported by state stipends.

The Plesner panel recommended slashing exemptions for seminary students from a present 50,000 to 1,500 by 2016. It also proposed stiff financial penalties for draft evaders.

At the weekly cabinet meeting on Sunday, Netanyahu said he and Mofaz had agreed on a team, which would include Plesner, to finalise the details of the "equal burden law". He said the proposed legislation would be presented for cabinet approval next week.