"Iran's president speaks of peace as his country takes part in the Syrian war and pursues nuclear weapons" said the Israeli PM. 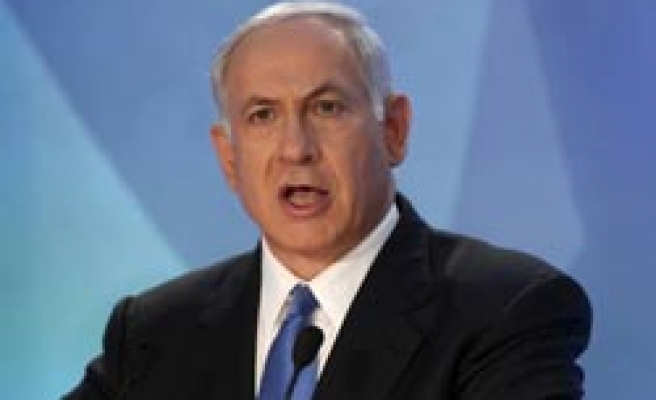 In a statement issued by the Press Office of the Israeli Prime Ministry, Netanyahu said, “It was a cynical speech full of hypocrisy” shortly after the newly-elected Iranian president made his first appearance before the General Assembly in New York.

"Iran's president speaks of peace as his country takes part in the Syrian war and pursues nuclear weapons," said the Israeli PM.

Netanyahu noted that Rouhani “spoke about human rights at a time when Iranian forces are participating in the slaughter of innocent civilians in Syria."

"He condemned terrorism at a time when the Iranian regime carries out terrorism in dozens of countries worldwide," he added.

"He spoke of a peaceful nuclear program at a time when the IAEA has established that the [Iranian] program has military characteristics, and when it’s plain to all that one of the world’s most oil-rich nations is not investing a fortune in ballistic missiles and underground nuclear facilities in order to produce electricity,” he added.

Netanyahu, previously urging the international community not to be “fooled” by Iran’s new moderate rhetoric, stressed that Rouhani’s speech featured “no realistic offer to halt Iran’s nuclear program and contained no commitment to uphold the [relevant] UN Security Council resolutions.”

The Israeli PM argued that Rouhani spoke "to talk, and buy time, in order to advance Iran’s capacity to attain nuclear weapons.”

"The international community," Netanyahu added, “must judge Iran by its actions, not its words.”

Netanyahu instructed on Tuesday the members of Israel’s UN delegation to walk out of the General Assembly meeting so as not to be present during the Iranian president's speech, saying “I won’t allow the Israeli delegation to be part of a cynical public relations charade by a regime that denies the Holocaust and calls for our destruction.”

He said that the policies of the Iranian regime toward Israel have not changed with the new government, noting that Rouhani refused to recognize the "Holocaust" (of Jews) as a historical fact; just as "his predecessor Mahmoud Ahmadinejad repeatedly denied any "genocide" against the Jews had taken place."