Netanyahu's main challenger to focus on his own security credentials

Netanyahu is campaigning on his strong national security credentials, portraying Herzog as weak and inexperienced to address Israel's many security challenges 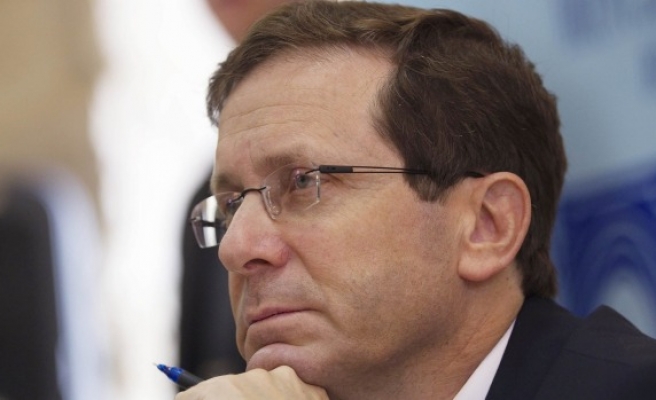 He said "Netanyahu would boost efforts to focus voters on his own military and strategic credentials.

Thus far, Herzog's party has focused his campaign on tapping into public anger over Israel's high cost of living, while Netanyahu has spoken daily of the dangers presented by Iran's nuclear programme and  militants.

At the briefing, Herzog also pledged to renew deadlocked talks with the Palestinians and ease strains with Europe, where opposition to Israeli settlement building in occupied territory has been strong.

"Hand-in-hand in being tough against terror we should be innovative, and initiating, initiating a process, trying to find new ways and news of trying to come to terms with our neighbours," Herzog said.

Netanyahu, whose campaign commercials have accused Herzog and Livni of "folding under pressure" when it comes to Israel's vital security interests, travels to Washington next week to address the U.S. Congress on the Iranian nuclear issue.

The planned speech, at the invitation of Republican leaders in Congress, has angered the White House and widened Netanyahu's rift with U.S. President Barack Obama, with whom they did not consult before announcing the visit.

Netanyahu has said Iran and six world powers are headed toward what he called a "bad deal" that would enableTehran to be freed from current economic sanctions while continuing to enrich uranium. Iran denies it is seeking nuclear weapons.