The issue of sieges in Syria, imposed mostly by government forces has been raised frequently by the United Nations and aid groups 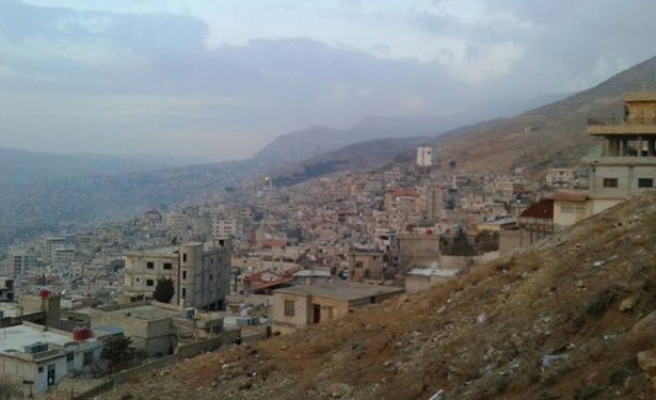 Eight people reportedly died last month from a lack of proper medical care in a besieged Syrian town that was the site of a 2013 chemical weapons attack, the UN has said.

In a Sunday update, the UN's Office for the Coordination of Humanitarian Affairs (OCHA) reported a "sharp deterioration of the humanitarian situation" in Moadimayet al-Sham, southwest of Damascus.

The issue of sieges in Syria, imposed mostly by government forces has been raised frequently by the United Nations and aid groups.

It has become a sticking point in new peace talks in Geneva, with the main opposition delegation refusing to begin talks with the government until sieges are lifted.

Opposition-held Moadimayet al-Sham has been under government siege since 2012, though conditions there improved after a truce deal in 2014.

The agreement saw increased freedom of movement for residents and allowed the local Red Crescent to start regular bread deliveries.

International agencies also made aid deliveries to the town in 2015.

But OCHA said "increased closures" had been imposed since December, and reported sporadic shelling of the town, warning that previously "dire" living conditions had now "deteriorated further."

The agency said the prices of food and other commodities had soared in recent months, and eight deaths had been reported since January 1 for lack of proper medical care.

It said children were reportedly among the eight dead, but gave no breakdown.

The report said the town has had no electricity supply since November 2012, adding that fuel shortages were prompting residents to burn plastic to stay warm, compounding health problems.

OCHA said the UN and International Committee of the Red Crescent had twice requested access to the town in January, but had yet to receive approval to enter.

Hundreds of people reportedly died in Moadimayet al-Sham in August 2013 in a chemical weapons attack that activists and much of the international community blamed on Syria's government.

The UN estimates some 486,700 people in Syria are living under siege, with dozens of deaths from malnutrition and a lack of proper medical care reported from besieged areas across the country.

The UN Security Council has passed resolutions calling for unhampered humanitarian access throughout Syria, but to little effect.

In recent months, the issue has grabbed international headlines because of the situation in Madaya, another opposition-held town under government siege.

Some 46 people are reported to have died of starvation there since December, the Doctors without Borders group said last week.