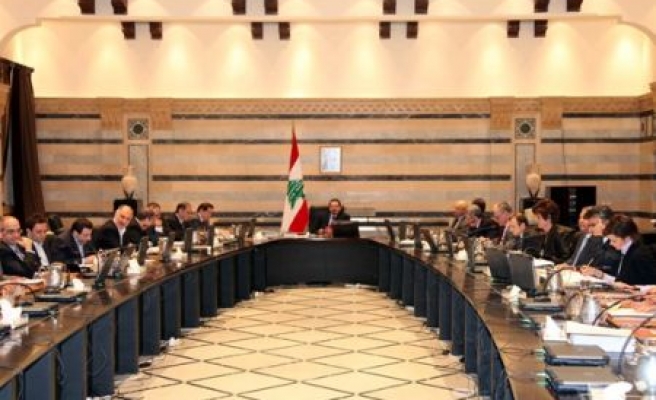 "This is the first government made in Lebanon," Suleiman was quoted as saying at the meeting by Information Minister Ramzi Jreij.

"After the 20-year Syrian presence in [Lebanon] that featured recurrent disruptions of cabinets and government institutions, we have now managed to build a state, form a government and elect a House of Representatives," Jreij quoted Suleiman as saying.

The new government's term, the president reportedly added, "will be short even though much is expected of it."

He called for providing the new government with a constitutional framework for upcoming presidential and parliamentary polls, along with regional initiatives aimed at helping Lebanon cope with the recent influx of Syrian refugees.

Eight ministers in the new cabinet hail from Lebanon's pro-Syria March 8 Alliance, while another eight hail from the country's anti-Damascus March 14 Alliance.

Earlier this month, the rival camps agreed on a formula for forming the government, according to which sitting ministers must change portfolios if they are to be included in the new cabinet lineup.