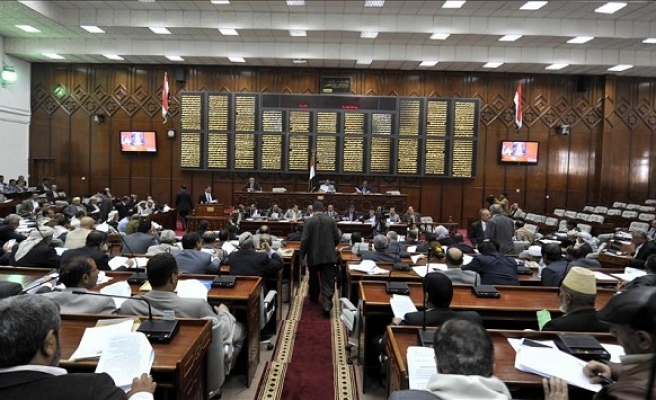 Ahmed Obaid Bin Dagr was sworn in as Yemen’s new prime minister on Monday, one day after being appointed to the post by President Abd Rabbuh Mansour Hadi.

Ali Mohsen al-Ahmar, meanwhile, was sworn in as vice-president, according to Yemen’s official SABA news agency.

Both men replaced Khaled Baha, who had previously held both posts.

At Monday’s swearing-in ceremony, Hadi congratulated both men and wished them success in their appointments, the news agency reported.

Hadi also declared: "The Yemeni people made their choice clear through unanimity and national consensus, which was reflected by the outcome of the comprehensive national dialogue that was based on the Gulf Initiative and… international resolutions, the most recent of which was [UN Security Council] Resolution 2216."

Adopted by the Security Council in 2015, Resolution 2216 calls on Yemen’s Shia Houthi militant group to withdraw from all cities currently under their control and to hand their weapons over to the state.

Ben Dagr and al-Ahmar, for their part, both thanked Hadi for the trust put in them, vowing to serve and defend the country and preserve national unity.

On Sunday evening, bin Dagr and al-Ahmar were appointed to the premiership and the vice-presidency respectively via presidential decree, which also made Bahah an adviser to President Hadi.

The decree attributed the move to the "Yemeni government’s recent poor performance in the economic, public service and security fields" and its "failure to alleviate the suffering of the Yemeni people".