'Next round of talks to focus on Assad overthrow' 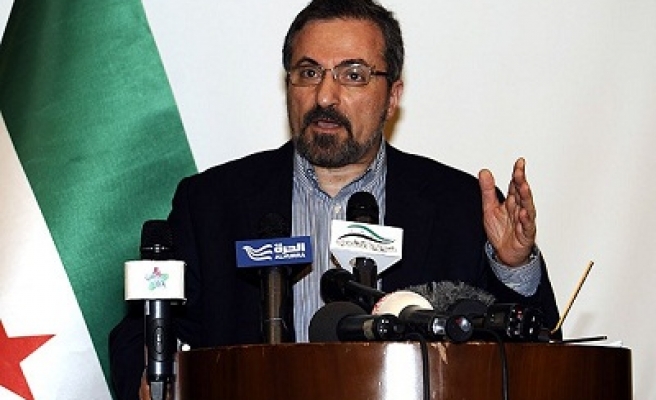 Spokesperson of Syrian National Coalition for Opposition and Revolutionary Forces (SNC) Luey as-Safi stated Sunday their next round of talks would focus on a framework for toppling the regime of Syria's embattled President Bashar al-Assad.

Speaking in a press conference after SNC's meeting in Istanbul on Sunday, as-Safi demanded the international community to increase its pressure on the Syrian regime.

Referring to a deal between the US and Russia for the elimination of Syria's chemical weapons program, As-Safi said that "the council is for the prohibition of Assad regime's chemical weapons. If only this would cover all the weapons of mass destruction in the Middle East."

He also stressed they were for a complete destruction of chemical weapons in Syria and added: "The regime can not escape from it because the (the US-Russian) agreement requires the implementation of the 7th Article of UN Charter (in case of non-compliance)."

7th Article of UN Charter states that the Security Council shall determine the existence of any threat to the peace, breach of the peace, or act of aggression and shall make recommendations, or decide what measures shall be taken in accordance with Articles 41 and 42, to maintain or restore international peace and security.