Turkish PM Erdogan said the Egyptian coup "will have its place in history as part of a chain of coups d'etat but never as a democratic approach," and added the rumored trial of Mursi would be "a historic mistake." 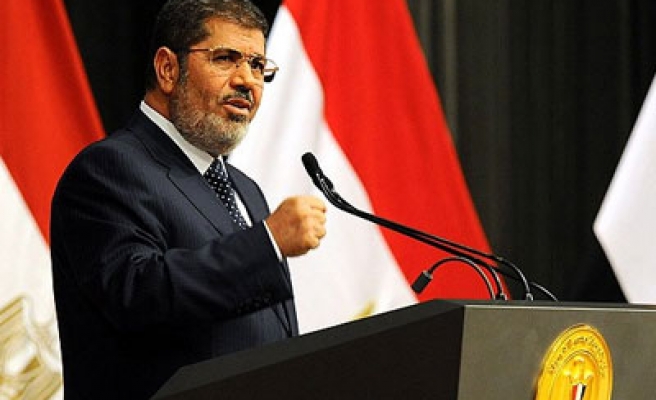 "No such request has been received as yet," Erdogan said. Morsi is believed to be kept under house arrest in the Egyptian capital of Cairo in Republican Guard headquarters.

Referring to rumors that Morsi might be tried within 48 hours, Erdogan said such an attempt would be wrong.

"It would be a historic mistake," Erdogan said. "What they should do is hold elections as soon as possible."

Erdogan maintained that respect to the will of the people entails constitutional legitimacy.

"[In Egypt] there was a dictatorship, an autocratic regime, and Egypt lived with it for thirty years. What happened during that period is clear. But now there is an elected president with 52% backing," he said. "After a year, you see some groups say 'we don't like him', and the army intervenes."

"This coup will have its place in history as part of a chain of coups d'etat but never as a democratic approach," he said.

Erdogan dismissed Morsi's "poor performance" as a valid excuse for ousting him.

"Every politician might make mistakes. I too may have made mistakes, so may others," he said. "It is not incumbent upon some dominant powers to impose the penalty. Such responsibility manifests only in the will of the people. It is the people who can take a leader down and teach him or her a lesson."

"As a nation that has borne the brunt of military juntas in its democratic experience, we cannot approve of or applaud these [happenings]."