No evacuation in sight for residents of Syria's Madaya 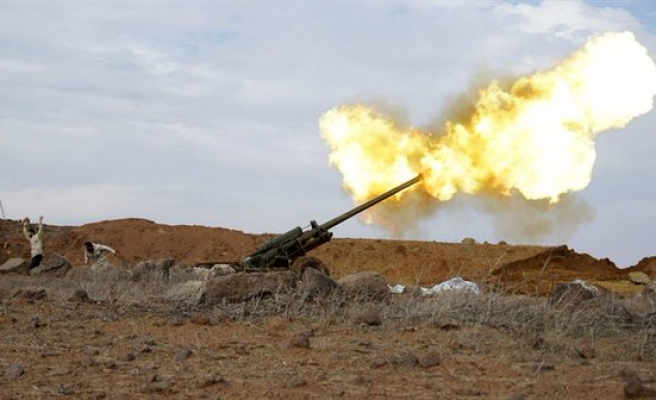 Despite allowing aid into Syria’s Madaya last week, the Assad regime and the Hezbollah militia continue to besiege the town.

Hundreds of patients are struggling to stay alive, and there is no indication that an evacuation is near. According to local officials, the promises of the UN and the Red Crescent to transfer more than 300 patients to specialized hospitals in Damascus were not fulfilled.

Mohamed Yousef, a doctor at Madaya’s medical center, told Anadolu Agency that a 50-year-old man and a young child died on Wednesday due to malnutrition.

“The number of cases that the center receives only decreased by 10 percent,” Yousef said, citing that most sicknesses stem from malnutrition. “The patients do not need food now. They need medication, because their bodies are not able to digest food.”

Yousef said that thousands of residents are dying a “slow death.”

He also said that aid supplies that were allowed into Madaya are enough for about 10 to 15 days, which contradicts UN statements that the aid was sufficient for a month.

Madaya-based Dr. Khaled Mohamed told Anadolu Agency that seven people had died due to malnutrition since the aid convoy was allowed into the town.

Living conditions in Madaya have further deteriorated with the onset of winter.

The Syria conflict, which will enter its sixth year in March, has left more than 250,000 people dead, and has turned the country into the world’s largest source of refugees and displaced persons, according to the UN.

Nearly eight million victims are internally displaced, and more than four million have fled the country since the conflict started.