No going back on Sisi's roadmap 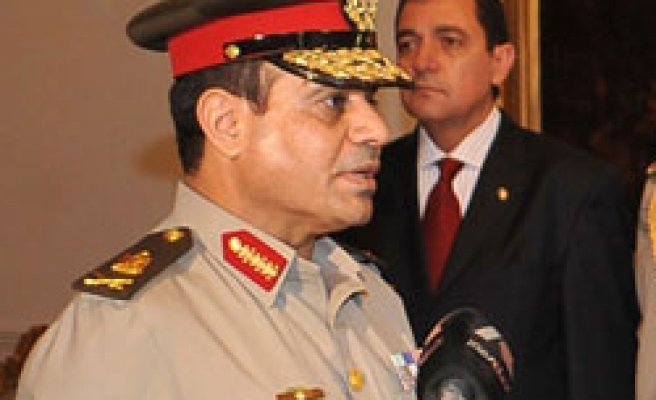 Defense Minister Abdel-Fattah al-Sisi has met with representatives of some Islamist trends to discuss the current crisis in the country, the army spokesman has confirmed.

Writing on his Facebook page late Saturday, the spokesman said Sisi told the representatives that "there is a chance for a peaceful settlement of the crisis provided that all parties renounce violence, do not block state facilities and do not sabotage public installations, and without going back on the future roadmap approved by the Egyptian people as a result of the June 30 revolution."

The spokesman was referring to mass demonstrations on June 30 against then President Mohamed Morsi.

On July 3, the powerful army announced a roadmap which included ousting Morsi, the country's first democratically elected president, suspending the constitution and installing Adly Mansour, the head of the constitutional court, as interim president.

Ever since, Morsi supporters have been staging daily mass demonstrations and sit-ins to defend his democratic legitimacy and demand his reinstatement.