No Ikhwan leader under arrest 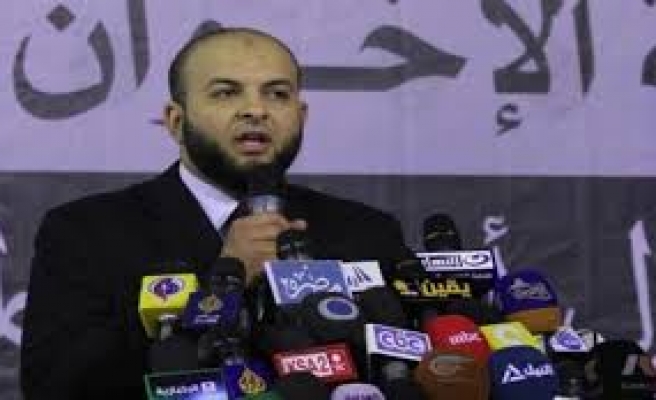 Muslim Brotherhood spokesman Ahmed Aref on Thursday denied reports about the arrest of leaders of the National Alliance for the Defense of Legitimacy, a coalition of Islamist parties and figures supportive of ousted president Mohamed Morsi.

"No leader of the alliance or the Muslim Brotherhood was detained during the violent dispersal of the Rabaa al-Adawiya and Nahda Square sit-ins," Aref told Anadolu Agency.

Some media outlets claimed that a number of Brotherhood leaders – including Mohamed al-Beltagi, Abdel-Rahman al-Bar and Essam al-Erian – had been arrested in the process.

"We are now busy tending to the martyrs and wounded of yesterday's unprecedented massacre," said Aref.

The Health Ministry has said that at least 525 people were killed in nationwide violence on Wednesday, including 202 in Rabaa al-Adawiya and 87 in Nahda Square.

However, the official death toll remains far below figures provided by the alliance, which has put the number of deaths from the Rabaa sit-in alone at some 2,600.