Slamming the Russian government’s pro-Assad stance, Nobel Peace Prize winner Shirin Ebadi claimed that Russia has vetoed initiatives to bring Assad into justice and put him on trial at the ICC. 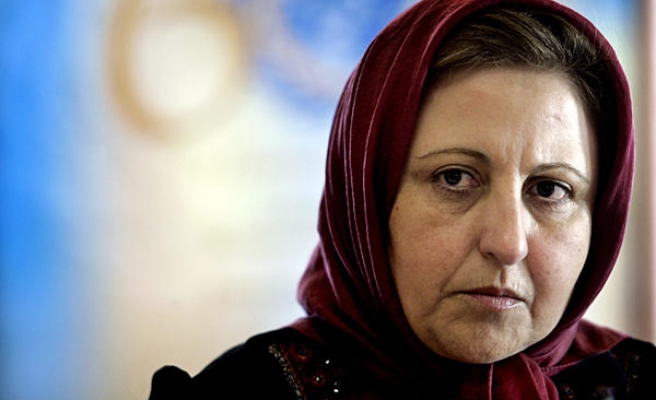 Ebadi, an Iranian lawyer, said Assad could not currently be put on trial at the international tribunal because Syria is not a member of the court. But she noted that Sudanese President Omar al-Bashar was brought before the court because of a UN initiative.

Slamming the Russian government’s pro-Assad stance, Ebadi claimed that Russia, as one of the five permanent members of the UN Security Council, has vetoed initiatives to bring Assad into justice and put him on trial at the ICC. She said Russia is working to protect its interests in Syria by blocking Assad’s trial.

Ebadi, who won the Nobel Peace Prize in 2003, made the comments during an interview Wednesday with The Anadolu Agency.

She criticized her own country, too, claiming that soldiers sent into Syria by Iran had trained Syrian soldiers and had also killed many Syrians:

“I am ashamed of my country’s intervention in Syria where civilians are killed, and as an Iranian I apologize to the Syrian people. The Iranian state intervenes in Syria despite the will of Iranian people.”

Ebadi called for an immediate ceasefire between the sides in war-torn Syria and said millions of people should be given a chance to return their homeland.

“Everyone who respects humanitarian values and has a conscience should do their best to help to those Syrians whose homes were demolished," she said.

"War benefits nobody. The lack of progress in the Geneva talks should not cause despair. The problem should be solved through negotiations despite everything.”

Ebadi is an activist and former judge. She was awarded the Nobel Peace Prize in 2003 for her efforts on behalf of democracy and human rights.

According to UN figures, approximately 2.5 million Syrian people have taken refuge in neighbouring countries after fleeing Syria, where the civil war has claimed more than 100,000 lives so far.