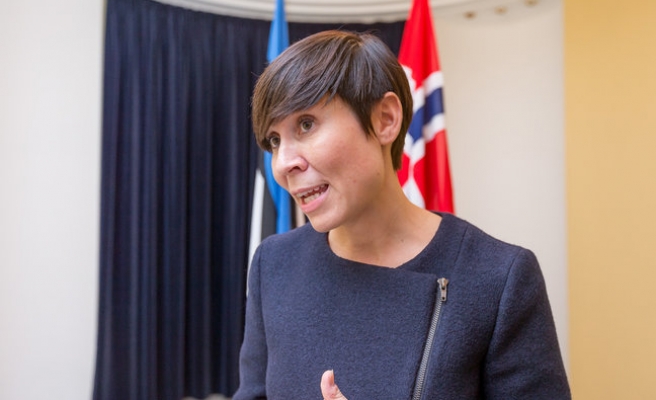 Norwegian Defence Minister Ine Marie Eriksen Søreide said on Sunday that her country has developed a strategy to prevent the flow of fighters to Iraq and Syria from Scandinavian countries.

"Terrorists are coming to Iraq and Syria from all of the Scandinavian countries," Søreide said, noting that her country has "a new strategy to prevent terrorists from ISIL to flow to the two countries by checking all the security information about them."

"We have trainers from Iraq, not airstrikes, and we have a long vision to train Iraqi forces which we share with the United States," she added.

The Norwegian minister pointed out that Norway has a long history in the development of oil capacity and further investment ventures in Iraq.

For his part, the Iraqi Foreign Minister Ibrahim Al-Jaafari said the Iraqi government has developed a solution to the ongoing dispute with Kurdistan, and informed world powers not to interfere in this regard.

Jaafari said that he and his Norwegian counterpart discussed the matter of Iraqis exiled in Norway, pointing out that the Iraqi authorities have stopped granting diplomatic passports to reduce the risks of mistakes from previous years.