"We cannot legally prevent young people over their 18s carrying passports from travelling. They are engaged with shadowy organizations," Gherdi said. 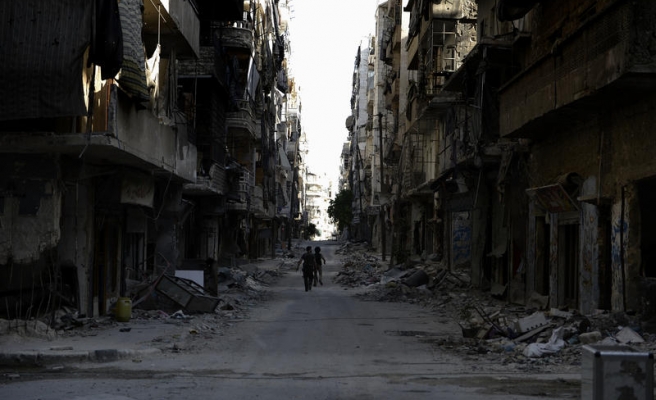 The regional administration in the north of Iraq announced that there are young people from northern Iraq entering Syria to join the civil war against Assad regime forces.

Speaking to AA in an exclusive interview, director general of the interior ministry of regional administration in north of Iraq, Tareeq Gherdi stated that some Kurdish young people from Suleymaniyah city are led by groups to become involved in the Syrian civil war.

"We cannot legally prevent young people over their 18s carrying passports from travelling. They are engaged with shadowy organizations," he said.

Warning the parents to take more responsibility and inform officials, Gherdi also urged the security forces to take the necessary measures to hinder them from taking sides in the front line of the Syrian civil war.

Merivan Naqshbandi, spokesman for the directorate of religious affairs, noted that they identified 40 people who went to Syria.

He stressed, referring to his talks with the Kurdish young people, that the youth of northern Iraq run after a dream of battle in Syria, justifying that they had no future in Iraq.

Mentioning the notices they receive on young people joining the ranks of al-Nusra Front, Naqshbandi underlined that "As we investigated, our young people are organized not by imams, but civilian people."

Besides, Salahaddin University Political Sciences Faculty academician Prof. Serbest Tevfik argued that the administration must closely follow the nationalist groups as well as others, saying "groups and parties should also be cautious of these groups and raise public awareness against them."