The NSF leader also warned against jumping to conclusions by arguing, "We must wait for an official statement because the tragic events might have been caused by an attack by outlaws against Morsi supporters or any other scenario." 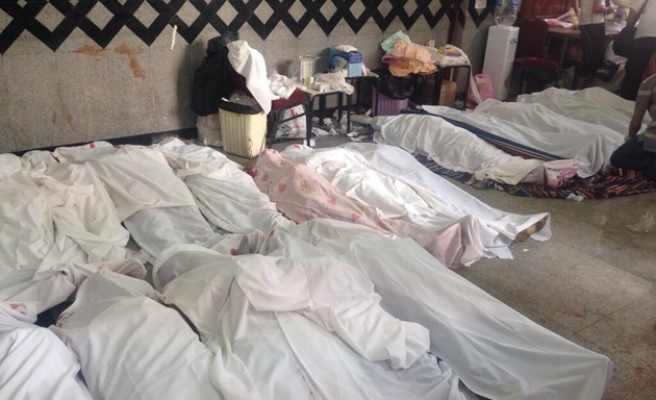 A senior leader of Egypt's National Salvation Front, a coalition of major liberal and leftist parties, denounced the killing of dozens of supporters of ousted President Mohamed Morsi when they came under fire by security forces at Rabaa al-Adawiya Square.

"Blood has been shed; this is something that is painful to all of us, and we denounce it," Abdel-Ghafar Shukr told the Anadolu Agency.

Medics at a field hospital set up in the area said at least 200 people were killed and 4,500 injured when security forces opened fire on Morsi supporters at Rabaa al Adawiya early on Saturday.

Shukr warned, however, against jumping to conclusions.

"We must wait for an official statement because the tragic events might have been caused by an attack by outlaws against Morsi supporters or any other scenario. It isn't clear yet," Shukr said.

Eyewitnesses injured in the clashes told reporters that police had used live ammunition against demonstrators in the early hours of Saturday morning, a claim dismissed by police officials.

Asked if the clashes were linked to a call by military chief and Defense Minister Gen Abdel Fattah al-Sisi for massive Friday protests to provide the army with a "mandate to confront violence and terror," Shukr said there was no connection.

"The two issues cannot be linked whatsoever. Everyone has the right to peaceful protest, but only on the condition that they don't block the road or intimidate local residents," he said.