The announcement came one week after the group threatened to execute al-Bazzal if the Lebanese authorities failed to release a detained female Front member. 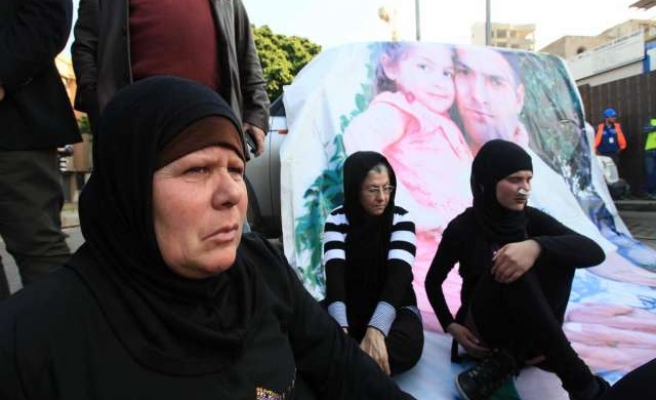 The Al-Nusra Front said Friday that it had executed one of the Lebanese soldiers that it captured several months ago, blaming Lebanese authorities for failing to heed their earlier threats to kill the soldier if they did not release Front members detained in Lebanon.

"We executed the prisoner of war, Ali al-Bazzal. This is the least we can do in response to the Lebanese army, which has followed the dirty footsteps of Shiites and Hezbollah by arresting women and children," the group said on Twitter.

It went on to warn that another soldier would be executed soon if all "the brothers [Front members] who had been arrested unjustly were not freed."

The announcement came one week after the group threatened to execute al-Bazzal if the Lebanese authorities failed to release a detained female Front member.

The Al-Nusra Front has given Lebanese authorities eight hours, which will expire at midnight Friday, to meet its demands.

In February, the Lebanese army arrested three women who were reportedly driving an explosive-laden car.

Two of them were released after being cleared by authorities, while a third – who had been driving the car – was charged with "transporting a car bomb" and now awaits trial.

Earlier this week, the Lebanese army reportedly arrested one of the wives of the ISIL militant group's leader, along with one of his sons on the border with Syria.

In August, the ISIL and the Al-Nusra Front – both of which are fighting the regime of Syrian President Bashar al-Assad – captured several Lebanese soldiers near the border with war-torn Syria.

Al-Nusra captured 18 Lebanese troops in the melee, while the ISIL reportedly captured seven.

The ISIL has since executed two of the captive soldiers, while Al-Nusra has killed another, not including al-Bazzal.

The two militant groups demand the withdrawal from Syria of fighters from Lebanon's Hezbollah, which for the past two years has been openly fighting alongside Syrian government forces.