Obama could meet Rouhani at UN

Rhodes said Obama had indicated since 2007 that he was willing to have bilateral meetings with Iran without preconditions if there is was an opportunity for progress. 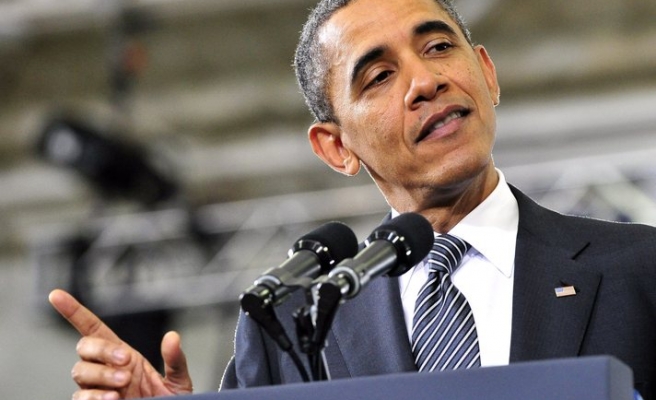 The White House has left the door open to a personal encounter between Barack Obama and Iran's new president, Hassan Rouhani, at the UN general assembly.

"The fact of the matter is we don't have a meeting scheduled with President Rouhani, but we're always open to diplomacy if we believe it can advance our objectives, and in this instance our objective is an Iran that meets its international obligations," said Ben Rhodes, a deputy national security adviser at the White House.

Rhodes said Obama had indicated since 2007 that he was willing to have bilateral meetings with Iran without preconditions if there is was an opportunity for progress. Rhodes also said other western powers would be closely involved in any talks. "The issues between the United States and Iran are not ones that would be settled with one discussion," he added.

Obama will give a welcome address at the UN on Tuesday, a few hours before Rouhani is scheduled to address the assembly, a symbolically important though coincidental confluence of scheduling that will highlight building hopes of a breakthrough in relations between the two powers. Asked on Thursday if the two leaders would meet, a White House spokesman replied: "We will see. It has always been possible."

Rhodes told a conference call with reporters that the US administration still believed there was time for a diplomatic solution to prevent Iran from developing a nuclear weapon.

Iran's elite military warns of dangers of dealing with US

Iran's elite Revolutionary Guard has warned of the dangers of dealing with U.S. officials, ahead of expected diplomatic contacts, underlining the internal challenges President Hassan Rouhani could face to improve ties with the West.

Hours before leaving for New York on Sunday, the new Iranian president said that Tehran was ready for negotiations with Western powers provided they set no pre-conditions. He also said the world needed to accept Iran's right to enrich uranium.

"Historical experiences make it necessary for the diplomatic apparatus of our country to carefully and sceptically monitor the behaviour of White House officials so that the righteous demands of our nation are recognised and respected by those who favour interaction," an IRGC statement said.

It added the IRGC would support initiatives that were in line with national interests and strategies set forth by Iran's theocratic leader and highest authority, Ayatollah Ali Khamenei.

The IRGC statement, published by Iran's Tasnim news agency on Saturday and marking the 33rd anniversary of the start of the Iran-Iraq war, came days after Khamenei and Rouhani told the security hardliners to stay out of politics, in effect instructing them not to scupper the new centrist government's attempt to resolve the nuclear dispute.

The 125,000-strong IRGC has a military budget that is said to dwarf that of the regular armed forces. Its top commanders are handpicked by Khamenei but its clout also derives from former members who have occupied positions of influence in business, parliament and across provincial government.