"We deplore violence against civilians. We support universal rights essential to human dignity, including the right to peaceful protest." said Obama. 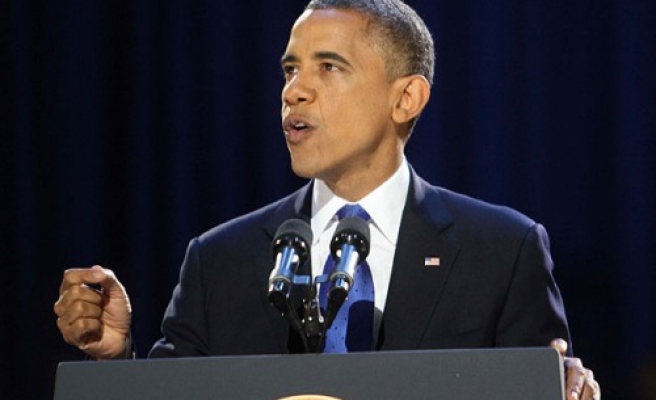 U.S. President Barack Obama spoke out on Thursday against the violence in Egypt, condemning a military crackdown there and saying the United States had canceled joint military exercises scheduled for next month.

"The United States strongly condemns the steps that have been taken by Egypt's interim government and security forces," Obama said from his vacation home on the Massachusetts island of Martha's Vineyard.

"We deplore violence against civilians. We support universal rights essential to human dignity, including the right to peaceful protest."

"We tried to mediate together with the United States, but it failed because the military accepted no compromises," Bonino said in comments to website Affaritaliani.it. "A meeting of EU foreign ministers is foreseen for Monday or Tuesday."

Obama to make statement about Egypt

16:01 - Hundreds of Muslim Broterhood members march in Egyptian city of Alexendria to protest against break-up of pro-Morsi sit-in.

Holding a meeting at Elysee Palace early Thursday, Hollande has expressed the country's "serious concern" over the bloody crackdown on pro-Morsi protesters.

“The right to peaceful protest must be respected. This right comes with it, of course, the need for protesters to carry themselves in a peaceful manner. Everything must be done to prevent civil war,” Hollande said according to the statement released by the Elysee Palace.

Hollande also added France was committed to finding a political solution and called for elections to be held as soon as possible, according to the statement.

12:21 - Egypt's Muslim Brotherhood said on Thursday it plans to hold a march in Cairo, one day after security forces mounted a violent crackdown on its members that killed hundreds of people.

"Marches are planned this afternoon from Al-Iman mosque to protest the deaths," the group said in a statement.

12:10 -Doctors at a newly-installed makeshift hospital hundreds of meters away from Cairo's Rabaa al-Adawiya Square urged authorities to provide more space to house the bodies of slain supporters of ousted President Mohamed Morsi.

"We urge the Forensic Authority to provide a new morgue after Zenhom [Cairo's main morgue] has been over flooded with bodies," a doctor, who asked to remain anonymous, told the Anadolu Agency.

The Iman Mosque in Nasr City has 350 bodies and the place is not equipped to host dead bodies for a long time, he said.

11:13 - Egyptian authorities have closed the Rafah border crossing with the Gaza Strip until further notice.

"Egyptian authorities notified us that the crossing would be closed in both directions as of Thursday and until further notice because of the deteriorating security situation," Maher Abu Sabha, the director of borders and crossing in the Gaza government, told the Anadolu Agency.

09:55 - A mosque in the vicinity of Cairo's Rabaa al-Adawiya Square had so far received 310 bodies of slain supporters of ousted President Mohamed Morsi, the mosque's imam told the Anadolu Agency.

Mohamed Noseri added that hundreds of relatives of people missing in the forcible dispersal of the Rabaa al-Adawiya sit-in flocked to the mosque to search for and identify the bodies of their beloved ones.

An AA reporter on the scene said a state of shock and sadness cast its shadow on the mosque as many failed to identify their relatives whether because they were not there or because the bodies were too disfigured after being burnt.

"Many of the corpses are burnt, either completely or partially," witnesses said.

05:28 - Amnesty International on Wednesday said that security forces must take urgent steps to avoid further bloodshed as pro-Morsi sit-ins were dispersed in Cairo and added that the organization had been working on the ground to verify any abuses that may have been carried out.

“Promises by the authorities to use lethal methods only as a last resort to disperse protesters appear to have been broken. All too often in the past the Egyptian security forces have used excessive force against demonstrators with catastrophic consequences,” said Philip Luther, Director for the Middle East and North Africa at Amnesty International.

Luther added, “security forces have a duty to prevent further loss of life. This must be an immediate priority”.

The organization also noted that "access to the main hospital in the area near the sit-in at Rabaa al-Adawiya is also reported to be restricted".

“As an immediate step, any injured protesters must be granted unimpeded access to medical treatment. The authorities must also ensure safe exit for anyone wishing to leave the sit-in,” said Luther.