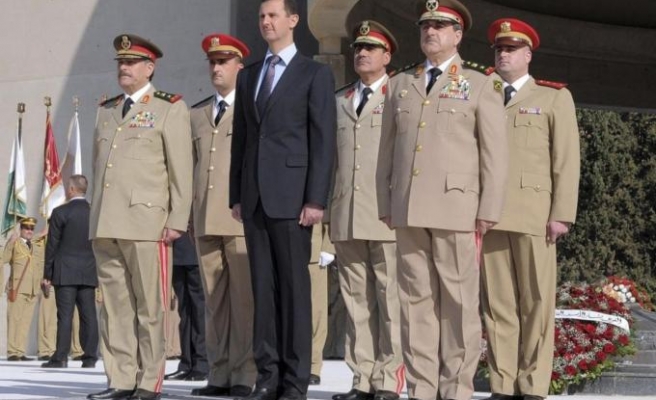 The Organization of Islamic Cooperation (OIC) said that crimes committed by the regime of Syrian President Bashar al-Assad were the main reason for the humanitarian crises now being faced by the Syrian people.

At a Sunday meeting in Saudi Arabia held to discuss the issue of Syrian refugees, the OIC strongly condemned what it described as “the ongoing massacres and violence committed by the Assad regime against its citizens, along with other violations by extremist organizations, especially Daesh, which continues its brutal violations against civilians”.

The organization called on members of the international community, especially OIC members, to open their borders to Syrian refugees, while also urging the UN Security Council to find a quick solution to the ongoing conflict in Syria.

The OIC also praised the role of Turkey, Jordan, Lebanon, Iraq and Egypt for hosting large numbers of Syrian refugees, despite those countries’ “lack of resources and facilities”.

Syria fell into a deadly civil conflict in early 2011 after the Assad regime suppressed pro-democracy protests – which had erupted as part of the so-called “Arab Spring” uprisings – with unexpected ferocity.

According to UN figures, more than 250,000 Syrians have since been killed in the fighting.

Roughly half of Syria’s population, meanwhile, has been displaced by the violence, with over four million Syrians now seeking refuge in neighboring countries, especially Turkey, Lebanon, Jordan and Iraq.