OIC's Ihsanoglu expressed deep concern about the reported loss of Egyptian lives and injuries, and reiterated the importance of inclusive dialogue and underlined that the spirit of reconciliation 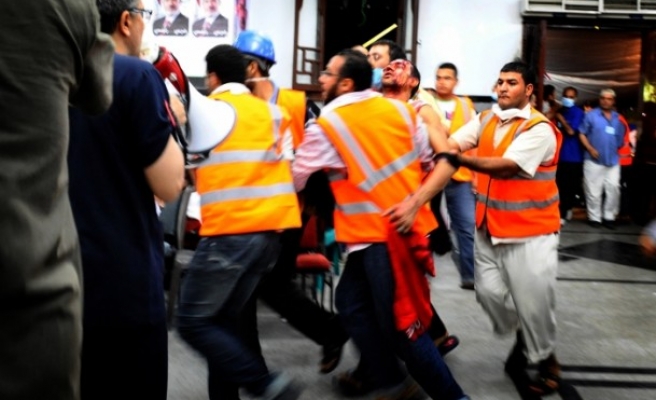 The OIC Secretary General Ekmeleddin Ihsanoglu had a telephone conversation today on 27 July 2013 with Foreign Minister Mohamed Nabil Fahmi of the Arab Republic of Egypt on the recent developments in the country.

Ihsanoglu expressed deep concern about the reported loss of Egyptian lives and injuries.

Accoridng to the lastest numbers, 200 people were killed and 4,500 injured on Saturday when security forces opened fire on a protest by supporters of deposed President Mohamed Morsi in Cairo.

Ihsanoglu reiterated the importance of inclusive dialogue and underlined that the spirit of reconciliation through observing calm and restraint should be the priority for all parties in Egypt.

In this context, he conveyed to the Minister that release of the former President would create an enabling dialogue environment.

The Foreign Minister thanked the Secretary General for his call and his sentiments for the Egyptian people. The Minister reiterated the government’s keenness in restoring stability in the country through reconciliation and briefed him about all the efforts that have been initiated by the government in this regard.

Ihsanoglu reiterated the OIC’s readiness, if so requested, to play any role in this regard, especially as Egypt is the current chair of the Islamic Summit.