One dead as Lebanon forces deployed

The army deployed troops and tanks on the streets on Thursday morning to calm the streets and clashes appeared to die down in most areas, residents said. 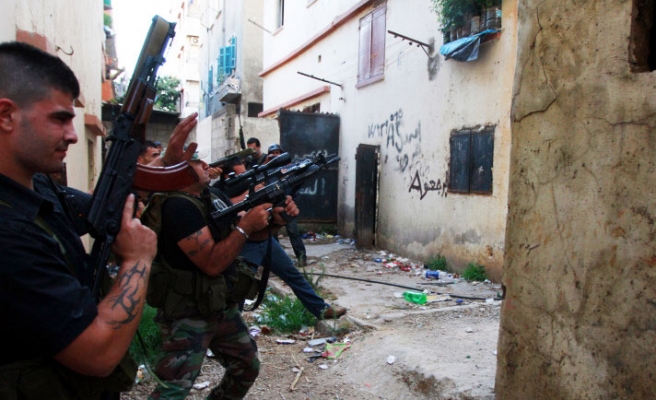 Sporadic clashes erupted for a fourth day in Lebanon's northern city of Tripoli on Thursday, breaching a truce agreed by local political leaders less than 24 hours earlier in a bid to halt fighting fuelled by tensions in neighbouring Syria.

The sectarian clashes began after gunmen in a nearby Sunni area shot dead an Alawite man. Nine others were wounded in the subsequent fighting.

At least 13 people have died and more than a hundred have been wounded in fighting this week between Lebanese Sunni Muslims and Alawites, reflecting the sectarian faultlines that have emerged in Syria's conflict.

Syria's majority Sunni Muslim population has been the backbone of the revolt against President Bashar al-Assad, whose minority Alawite sect has mostly stood with him.

Sunni-Alawite tensions have not only been growing in Syria but in parts of Lebanon as well, like Tripoli, where the two groups live in neighbouring districts.

The army deployed troops and tanks on the streets on Thursday morning to calm the streets and clashes appeared to die down in most areas, residents said.

Residents say political leaders in the city agreed a ceasefire on Wednesday but that when direct clashes, sniping by both sides has continued.

Ten Lebanese soldiers have been wounded in efforts to stop the violence in Tripoli this week. A previous round of fighting in June killed 15 people.