One dead in Russian embassy storming in Libya's Tripoli

One protester was killed and four wounded when angry protesters tried to storm the Russian Embassy in Tripoli. 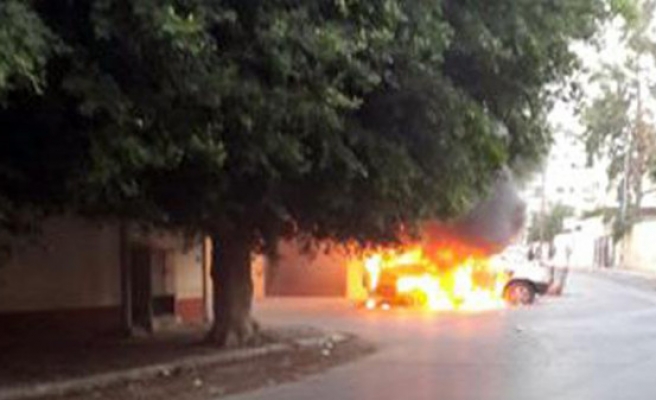 An armed group attacked the Russian embassy yesterday in Tripoli, Libya and attemptsed to get into the diplomatic compound.

Aleksandr Lukashevich, Russian Foreign Ministry spokesman, told Russa Today that “There has been an incident in Tripoli tonight, in which there was shelling and attempts to enter the territory of the Russian embassy in this country.”

Libyan authorities informed that one assailant was killed. According to AP report’ four others were injured. According to information provided by the Russian Foreign Ministry, there were no injuries among embassy staff.

According to various reports, driving to the embassy in two cars, approximately 10 attackers opened fire on a parked diplomatic vehicle and caused a fire. Following the car ablaze, the attackers opened fire on the diplomatic building itself, Libyan News Agency (LANA) reported. Upon the arrival of security forces at the scene, they, however, drove off in an unknown direction.

Libya’s Interior Ministry stated the attack on the Russian embassy could be a reaction to the reported killing of a Libyan air force pilot by a Russian woman on Tuesday.

Libyan authorities arrested the woman who is accused of murdering the pilot, writing offensive graffiti in his blood, and stabbing his mother. The reason for the murder is not known for the moment.
Russian diplomatic channels has not confirmed this incident yet.

Russia’s Tripoli embassy experienced a similar attack in February 2012 after the protesters stormed the compound, condemning Russian and Chinese decisions to block the UN resolution against Syria. There were no injuries in that attack.