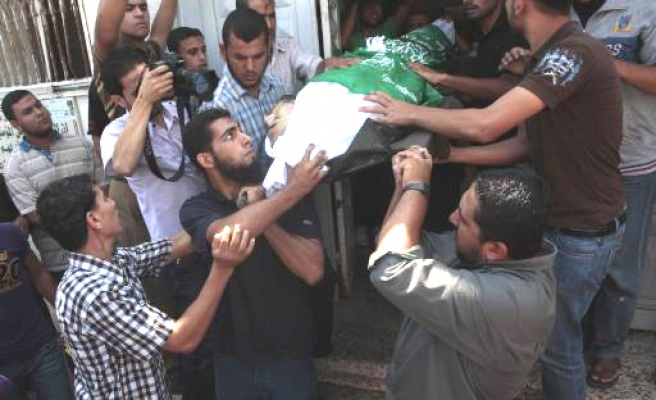 One man was killed and seven others injured as Israeli warplanes struck the central and southern besieged Gaza Strip early Tuesday, Palestinian medical sources and the Israeli army said.

Adham Abu Selmiya, spokesman for the Hamas-run emergency services in the Gaza Strip, said the strikes had killed one Palestinian and wounded seven.

Several people were injured as Israeli forces fired at a group of people in the Az-Zaitoun neighborhood in Gaza City, Palestinian medical sources said.

All of the victims were evacuated to Ash-Shifa Hospital in Gaza City.

"The outcome of the Israeli aggression during the past 24 hours is now one martyr and seven injured," Abu Selmiya said.

Israeli forces launched air raids in several areas of the coastal enclave after midnight with attacks continuing until the early morning Ramadan meal, just before daybreak.

The Israeli army confirmed that airstrikes had hit the coastal enclave.