Opposition says time to give Syria back to Syrians

Syrian refugees eager to return, but their sacrifices are not for seeing Assad regime again, Syrian opposition bloc member says in Geneva 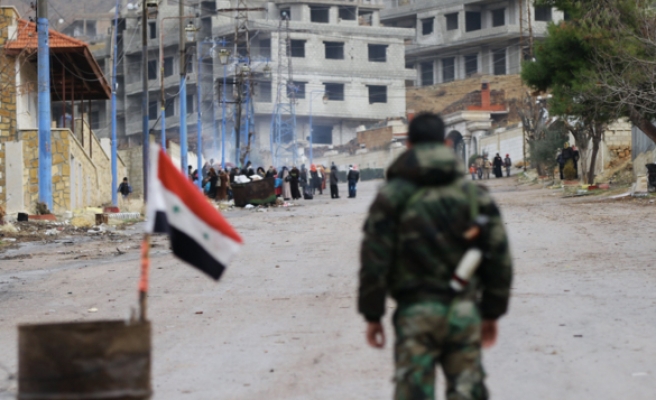 It is now time to give Syria back to Syrians, spokesman for the main Syrian opposition bloc has said in Geneva, where talks are being held to resolve the five-year long conflict.

In an interview with Anadolu Agency Tuesday, Syria’s High National Committee spokesman Salim al-Muslet said Syrian refugees are eager to return to their country, but they did not make sacrifices so that in the end they see the Bashar al-Assad regime again.

“Syrian people paid high price not to see Assad again, but for a democratic Syria and they are willing to pay more for their freedom and dignity and democracy,” al-Muslet said.

“They started this [war] five years ago and now we are entering the sixth year. We hope that this year will be different for all Syrians. It is about time to bring Syria back to Syrians that's why we are here to fight. We do not fight with machine guns, we will talk until we reach an agreement,” he added.

About a possible federal structure in Syria, he said: “This decision should be made by the Syrian people. For us, it is important to see one united country. We do not want to divide Syria into parts. I do not think Syrians would accept this. We are talking about many forms of governments for the future of Syria”.

“We condemn the Ankara attack. It is a crime against our brothers in Turkey,” he said.

A new round of peace talks to resolve the Syria crisis began Monday in Geneva. Russia also began reducing the presence of its warplanes in Syria, with the first batch of aircraft leaving for Russia Tuesday.