Khalid Dawoud, a member of opposition National Salvation Front, was stabbed three times as he drove by a pro-Morsi march in Giza. The main support bloc for Morsi, has denied involvement in the attack. 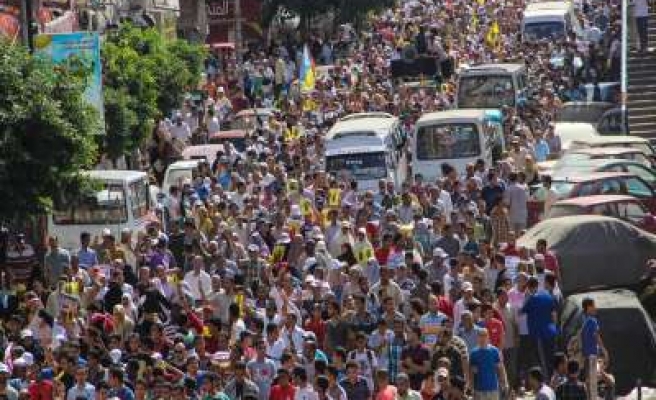 An Egyptian opposition figure was stabbed with a bladed weapon in downtown Cairo on Friday as he chanced to drive by a march staged by supporters of deposed president Mohamed Morsi.

Khalid Dawoud, the spokesman of the liberal al-Dostor party, a member of the opposition National Salvation Front, was stabbed three times as he drove by a pro-democracy march in Giza.

She said pro-Morsi demonstrators then started beating Dawoud with one protester stabbing him three times in the chest and arm.

Dawoud walked out of the National Salvation Front in mid-August to protest at the violent dispersal of pro-Morsi protest camps, which left hundreds of people dead.

Abdel-Fattah said the Dostor party spokesman will undergo an arm surgery on Saturday.

She said she was "surprised" by the attack as Dawoud had repeatedly called for national reconciliation.

"The attackers did not give themselves the chance to remember that this man has sympathy for them," Abdel-Fattah said. "They only saw him as a part of the National Salvation Front."

The National Alliance for the Defense of Legitimacy, the main support bloc for Morsi, has denied involvement in the attack.

"We strongly condemn the attack on Dawoud who had adopted esteemed attitudes following the dispersal of Morsi's support camps," said Magdy Salem, the deputy chairman of the Islamic Party, one of the parties that make the NADL.

He denied any link between Morsi's backers and the attack, saying that supporters of the deposed president could not commit such actions, which contradict with their principles.

Salem said the attack against Dawoud was meant to "punish him for the humane position he took following the eviction of pro-Morsi protest camps".

He lashed out at what he called attempts to exploit the attack to "tarnish the image of the pro-legitimacy supporters ahead of their protest in the Tahrir Square".