The move had been approved on Monday at a preliminary meeting of OIC foreign ministers and was agreed on the summit's second night of meeting despite opposition from Iran. 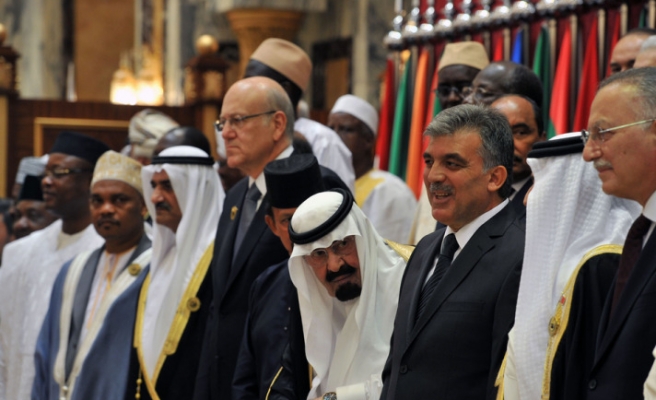 The Organisation of Islamic Cooperation suspended Syria's membership early on Thursday at a summit of Muslim leaders in Mecca, citing President Bashar al-Assad's violent suppression of the Syrian revolt.

"The conference decides to suspend the Syrian Arab Republic membership in the OIC and all its subsidiary organs, specialised and affiliated institutions," the closing statement said.

The move had been approved on Monday at a preliminary meeting of OIC foreign ministers and was agreed on the summit's second night of meeting despite opposition from Iran.

Saudi Arabia, the summit's host, has led Arab efforts to isolate Syria diplomatically and has backed calls for the Syrian rebel opposition to be armed.

The summit, which has taken place late on consecutive nights because of the Ramadan fast, had been billed as a diplomatic showdown between Sunni Muslim Saudi Arabia and Shi'ite Iran, which have backed different sides in sectarian conflicts in the Middle East.

However, Saudi King Abdullah tried to conciliate Iran at the summit opening by placing President Mahmoud Ahmadinejad at his side to welcome Muslim leaders in a gesture Saudi political analysts said was aimed at putting old grievances aside in the quest for a resolution to the Syrian crisis.

He also suggested founding a centre for dialogue between Islam's sects in another move aimed at defusing some of the region's sectarian tensions. That proposal was adopted by the summit.

In his first published comments since the summit opened, Ahmadinejad appeared to rebuff the Saudi move.

In comments published on Iran's Mehr news agency on Wednesday, he said countries which wanted the Syrian crisis solved must come up with a plan of action to do so.

"But unfortunately some of our brothers and friends have not acted well in this area and instead of inviting the conflicting parties for talks and understanding, they are busy sending weapons into the country and encouraging slaughter," he added.