Ottoman-era mosques under threat in Syria

Historic mosques in Deir ez-Zor have become targets due to the tombs inside them. 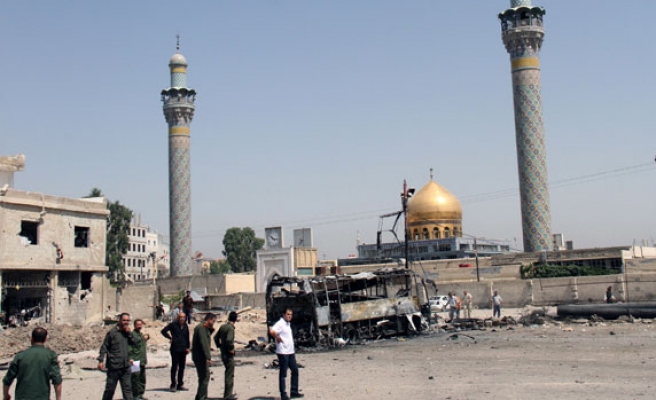 The self-styled Islamic State militant group in Syria changed the names of two Ottoman-era mosques and banned people from visiting the tombs inside them, a religion official said on Tuesday.

The group, known by the initials IS, which declared a self-proclaimed 'caliphate' straddling Iraq and Syria, had closed the Sheikh Uwais al-Naqshbandi and Sheikh Abdullah al-Naqshbandi mosques in the eastern Syrian city of Deir ez-Zor last week.

They reopened the mosques on Tuesday on condition that they be renamed and the tombs inside them be isolated, Abu Khaled, responsible for the maintenance of the former mosque, told the Anadolu Agency.

He said the IS banned people from entering the tombs inside the mosques as it considers visiting tombs offensive in Islam.

"The rooms that contain the tombs have been filled with cement," Khaled said.

The Islamic State, which has made headlines since June after its major gains in Iraq, has a strong presence in Syria too.

Historian Muhammad al-Nasser told the Anadolu Agency that there were three historic tombs from the Ottoman era in Deir ez-Zor.

“The Al-Rawiye mosque was completely destroyed during regime attacks, while Sheikh Uwais al-Naqshbandi and Sheikh Abdullah al-Naqshbandi mosques were also hit by bombs a couple of times, but residents do everything to protect the sites,” he said.

Over the past months, Deir ez-Zor witnessed clashes between the militants and Syrian opposition groups, after which the IS seized control of the city.