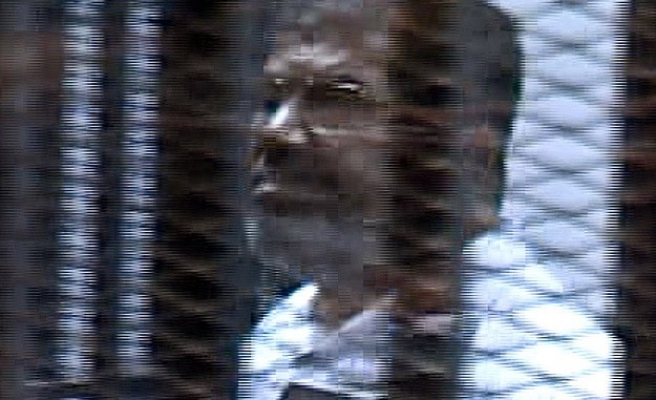 "The president will never recognize his trial or take legal representation," Osama, the son of the ousted president, told Anadolu Agency.

"He has only asked al-Awa to prove that the court lacks the jurisdiction to try a sitting president," he added.

Morsi, who was ousted by the army in July after mass protests against his leadership, insists he remains the legitimate president.

The deposed president and 21 other defendants appeared in court Tuesday to answer charges related to a mass jailbreak during Egypt's January 2011 uprising.

The court has adjourned the case to February 22.

Mohamed al-Damati, a spokesman for lawyers representing other defendants in the case, told reporters earlier that Morsi had asked al-Awa to challenge the court's jurisdiction.

Under Egyptian law, the court must provide a criminal defendant with a lawyer if the defendant fails to do so.

The judges are therefore expected to insist that Morsi accept legal representation.

Senior Muslim Brotherhood leader Mohamed al-Beltagi on Tuesday dismissed as a "political revenge" his trial on accusations of helping facilitate a mass jailbreak during Egypt's 2011 uprising.

"We are not being detained pending tribal, we are rather being denied our basic human rights," al-Beltagi said during the opening session of his trial along with 130 other defendants, including ousted president Mohamed Morsi.

"We are stripped of our basic rights and are being held in solitary confinement completely isolated from the world," he added.

The list also includes members of Palestinian resistance movement Hamas and Lebanese militant faction Hezbollah, along with prominent Qatar-based Muslim scholar Sheikh Yusuf al-Qaradawi – all of whom are to be tried in absentia.

Al-Beltagi said he had observed a 22-day hunger strike.

"What's happening to us is a violation of the constitution," he said.

"The panel froze the assets of new 46 Brotherhood leaders and barred them from accessing their funds for being members in a 'terrorist' organization," panel member Abdel-Azim al-Ashri told reporters.

Last month, the panel barred 702 Muslim Brotherhood leaders from accessing their funds and property under a court ruling banning the Islamist group.

The Egyptian government designated the Brotherhood a terrorist group earlier this month.

Thousands of the Brotherhood's leaders and members have since been arrested on incitement-to-violence charges.