One of the eight people hurt by the gunfire was in critical condition, according to a doctor in the camp, known as Change Square. 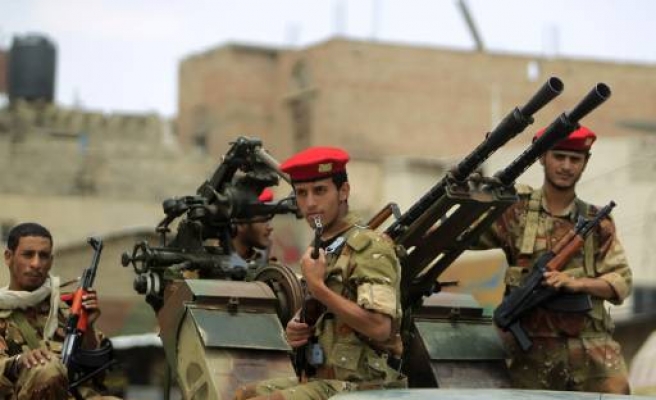 Soldiers opened fire near an anti-government protest camp in Yemen's capital overnight and wounded eight protesters, medics told Reuters on Saturday, after weeks of relative calm in the area.

Troops loyal to the president said they shot in the air to stop demonstrators from trying to expand the area of the protest, where thousands have camped out for nearly eight months to demand an end to President Ali Abdullah Saleh's 33-year rule.

One of the eight people hurt by the gunfire was in critical condition, according to a doctor in the camp, known as Change Square.

Separately, in Hasaba, a northern district of Sanaa, residents heard artillery fire as clashes between pro-opposition tribesmen and government security forces broke out for the second time in three days. No casualties were reported.

The neighbourhood is home to anti-Saleh tribal leader Sadeq al-Ahmar, and saw heavy fighting in May that many feared would drag the Arabian Peninsula state into civil war.

Saleh is being treated in Saudi Arabia for injuries he suffered in a June bomb attack, but has clung to power and vowed to return to Yemen. The country has been mired in political deadlock for months as he and opposition leaders negotiate over a Gulf-brokered transition plan.