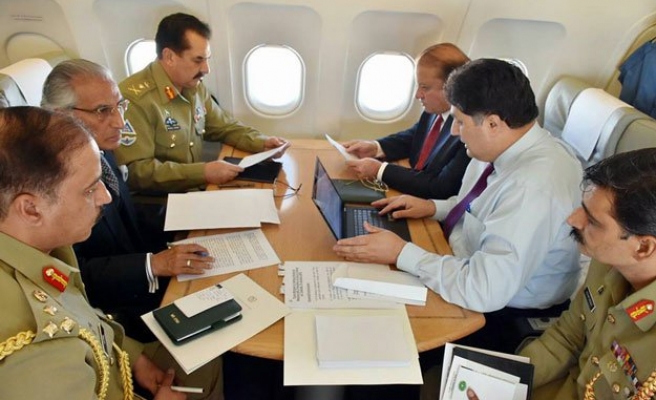 They are expected to hold meetings with Iranian leaders as part of efforts to diffuse rising tensions between Saudi Arabia and the Islamic Republic.

General Sharif has already held a meeting with Iran's Defence Minister Hossein Dehghan. In the meeting with the minister, the army chief reiterated that "Pakistan takes Iran as a very important neighbouring Muslim country and the people of Pakistan have a great affinity with their Iranian brothers."

He also said that terrorism is a global threat that can potentially destabilise the region, adding that a coordinated response was needed to deal with the menace. The Iranian defence minister thanked him and the people of Pakistan for their efforts to bolster regional security.

Meanwhile, premier Nawaz Sharif  is expected to deliver the Saudi king's message to the Iranian leadership. Pakistani leader has been concerned at the recent escalation of tensions between the kingdom and the Islamic Republic.

Reportedly, Saudi Arabia has assured that if Iran shows positive signs, diplomatic ties may be restored. A list of points have been given to the Pakistani leadership for discussion with the Islamic Republic's leadership, said diplomatic sources.