Unless financial aid went through official channels, the Palestinian Authority has said that direct aid from Iran would not be accepted. 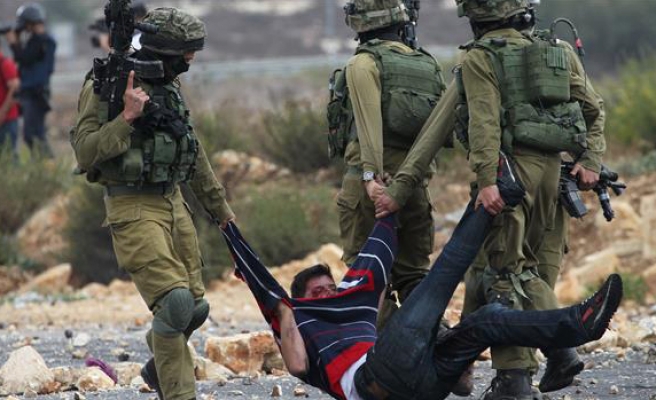 The Palestinian Authority on Sunday said Iran's direct financial assistance to the families of Palestinians killed in a five-month wave of violence would be unacceptable.

Tehran announced last week assistance would be offered to families of Palestinians killed in the wave of violence that erupted in October, but the PA says such aid must follow official channels.

Iran should "send this money through official channels to the (PA's) Martyrs and Prisoners Foundation rather than relying on informal and circuitous routes," Abu Rudeina said.

Iran's ambassador to Lebanon, Mohammad Fathali, said Wednesday that Tehran would offer $7,000 to the families of each Palestinian killed in what he called the "Jerusalem intifada".

Iran will also give $30,000 to Palestinian families whose homes have been destroyed by Israel because a member is accused of carrying out an anti-Israeli attack, he told a news conference in Beirut.

The money pledged is in addition to the monthly aid paid since 1987 by an Iranian institution to families of Palestinians killed, he said.

The wave of violence in Israel and the Palestinian territories since October has killed 177 Palestinians as well as 28 Israelis, an American, a Sudanese and an Eritrean, according to an AFP toll.

Most of the Palestinians who died in the violence were killed by Israeli forces while carrying out knife, gun and car-ramming attacks, according to Israeli authorities.

Others were shot dead by Israeli forces during clashes and demonstrations.

Iran has been accused of providing support to Hamas, which runs the Gaza Strip and is a rival to Palestinian president Mahmud Abbas's Fatah party. Fatah dominates the Palestinian Authority.

Palestinian economists have questioned whether Iran would be capable of distributing the aid to the families directly via banks since it could be considered "terrorism financing".

The day after Iran's announcement, Israel denounced the decision, with Prime Minister Benjamin Netanyahu saying it showed Tehran was "continuing to aid terrorism".