Abdel-Karim Hamed,60, died of injuries he had sustained during the run over attack by Palestinian motorist Ibrahim al-Akari in East Jerusalem, the man's family said 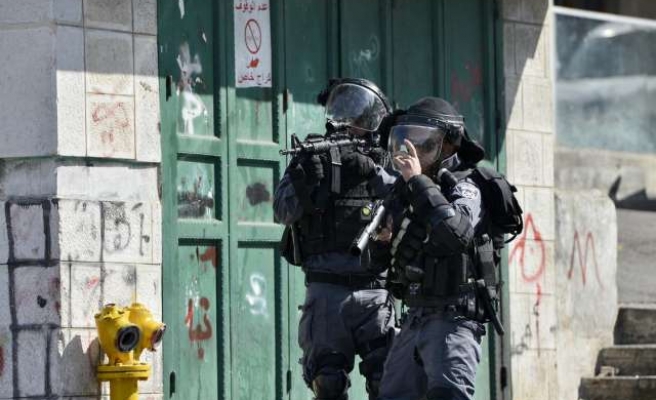 An elderly Palestinian died on Sunday of injuries he sustained last month in a run over attack by a Palestinian motorist bent of attacking Israeli settlers in occupied East Jerusalem, his family said.

"Abdel-Karim Hamed,60, died of injuries he had sustained during the run over attack by Palestinian motorist Ibrahim al-Akari in East Jerusalem's Sheikh Jarrah district," the man's family added in a statement.

It accused Israel of causing deterioration in Hamed's health condition by putting him in shackles after the attack, instead of taking him to hospital.

The family said Israeli authorities had put the man in shackles for being an Arab.

Al-Akari ran over a group of Israeli pedestrians in East Jerusalem in early November, killing one and injuring others.

According to Israel's Channel 10, the Israeli killed in the driving attack had been an Israeli police officer.

Israeli newspaper Haaretz also reported that the driver was a member of the Palestinian faction Hamas from Jerusalem's Shuafat neighborhood.

The car attack came shortly after violence erupted in Jerusalem when Israeli police stormed the Al-Aqsa Mosque compound and opened fire on Muslim worshippers before allowing Jewish settlers into the flashpoint site.

Tension had already been running high in occupied East Jerusalem since Jewish settlers kidnapped and killed a Palestinian boy from Shuafat in early July.

In September 2000, a visit to the Al-Aqsa Mosque complex by controversial Israeli politician Ariel Sharon sparked what later became known as the "Second Intifada," a popular uprising against the Israeli occupation in which thousands of Palestinians were killed.