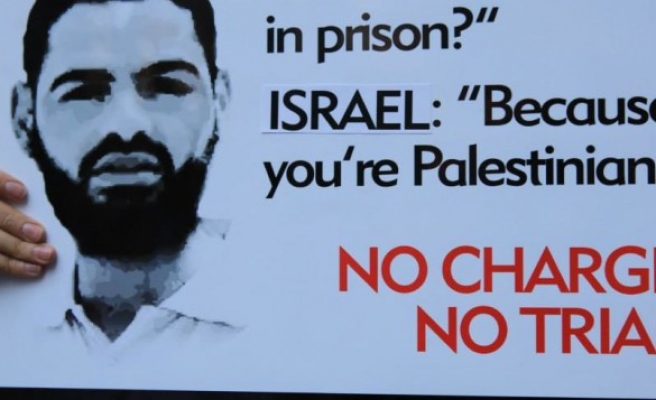 The Israeli Prison Service on Thursday said that Mohammed Allan – the famous Palestinian activist who recently waged a weeks-long hunger strike to protest his continued detention by Israel – refused to eat since Wednesday, according to Israeli media.

Reports said Allan will be considered a hunger striker if he refuses two additional meals by the end of Thursday.

On Wednesday, Israeli army forces re-arrested Allan following his release from the Brazilai Medical Center and handed him over to the Israeli prison authority.

A 31-year-old lawyer from the occupied West Bank and a member of Palestine’s Islamic Jihad resistance group, Allan was detained by Israeli authorities last November.

In mid-June, he began a hunger strike to protest his ongoing custody under Israel’s policy of “administrative detention,” which allows suspects to be held for renewable periods without trial or charge.

On Aug. 20, Israeli authorities agreed to remove him from administrative detention in exchange for ending his 65-day hunger-strike that had drawn international media attention and sparked demonstrations in both Israel and the occupied West Bank.