Palestinian worker dies after being shot by Israeli troops

The spokesman for the Gaza Health Ministry said that Ibrahim Mansour had succumbed to gunshot wounds to the head. 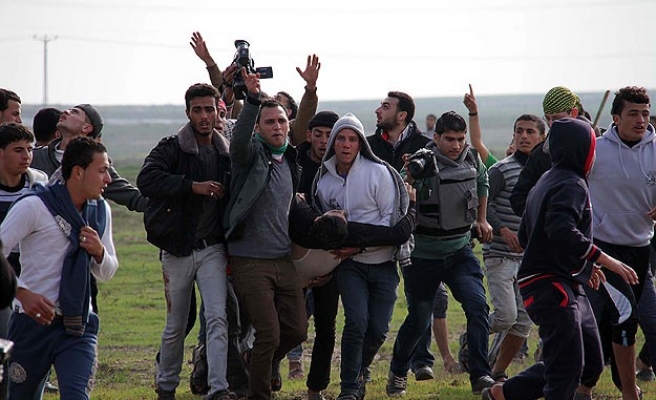 Ashraf al-Qadra, spokesman for the Gaza Health Ministry, said that Ibrahim Mansour, 26, had succumbed to gunshot wounds to the head.

Another Palestinian, a 30-year-old local resident, was also injured in the incident, al-Qadra told Anadolu Agency.

He added that the two workers had been collecting scrap metal near the border fence between Gaza and Israel when Israeli forces had opened fire on them.

For years, Israel has maintained a 300-meter-deep buffer zone along its border with the embattled Gaza Strip.

In late 2012, a ceasefire between Israel and Hamas – which governs the strip – ended eight days of cross-border fighting. Although the ceasefire deal included the elimination of the buffer zone, shootings in the area by Israeli troops have continued.