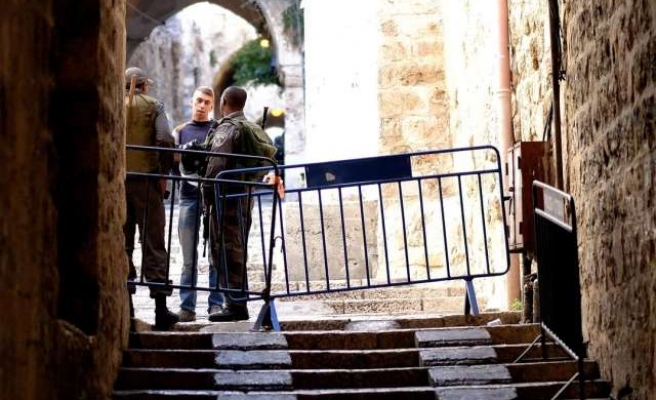 The authorities decided to cancel the residency of Mahmoud Nadi who assisted in the 2001 Dolphinarium bombing, which left 21 Israelis dead, Erdan's office said in a statement.

Nadi has already served a ten-year jail sentence for driving a member of the Qassam Brigades - the military wing of Palestinian faction Hamas - who carried out the Tel Aviv bombing.

Israeli Prime Minister Benjamin Netanyahu had announced plans to propose a bill allowing the cancellation of permanent residency status - and the social services associated with it - of those involved in "terrorist" operations along with their families.

It later annexed the holy city in 1980, claiming it as the capital of the self-proclaimed Jewish state – a move never recognized by the international community.