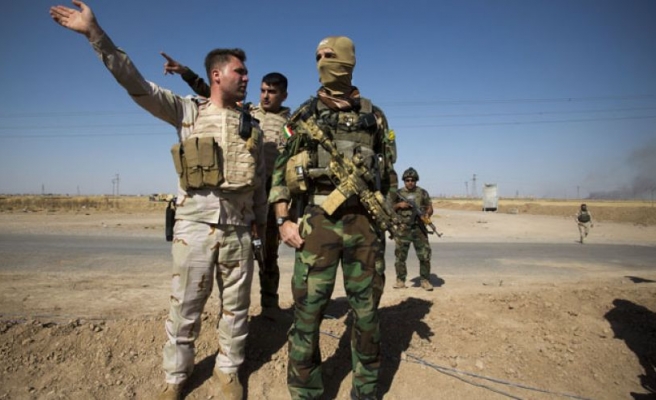 Kurdish forces attacked ISIL insurgents in a cluster of villages in Iraq's northern province of Kirkuk on Wednesday, bent on securing territory they have gained in the course of rolling back the armed group since last summer.

The assault began overnight south of Daquq, a town about 175 km (108 miles) north of the Iraqi capital Baghdad. The front line between the regional Kurdish peshmerga forces and ISIL in northern Iraq has hardly budged for months.

The Kurds already control most of the territory they claim as their own, and have little incentive to push further into predominantly Sunni Muslim Arab towns and villages.

By mid-morning, ISIL fighters had been routed from the village of Albu Najm, according to a source within the peshmerga forces. Fighting continued in another village nearby, he said.

A Kurdish officer with the rank of captain was killed by an improvised explosive device, a source in the Kirkuk morgue said.

The peshmerga have emerged as an important partner for the United States in its aerial campaign against ISIL.

They have pushed back the ultra-radical Sunni insurgents in northern Iraq, effectively expanding the area of their autonomous region in the process. Large parts of Kirkuk province remain in ISIL hands.