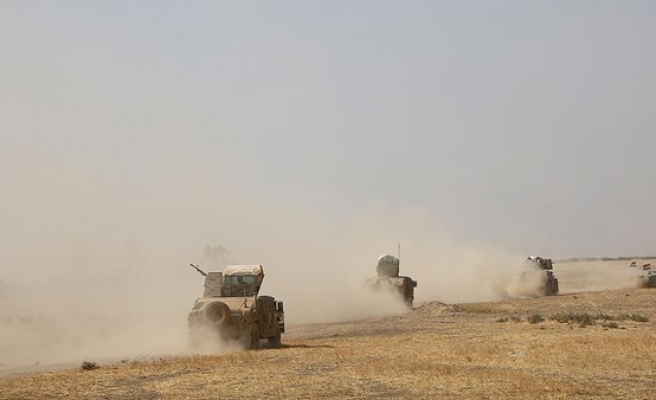 Twelve people were injured on Friday when PKK/PYD terrorists attacked displaced residents of Syria’s northern city of Raqqah as they tried to go home, according to a local activist.

On Oct. 17, the PKK/PYD seized control of the city from the ISIL terrorist group in a U.S.-backed military operation.

Speaking to Anadolu Agency on Friday, Raqqah-based activist Mohamed Isa Abu Isa said displaced residents from the eastern part of the city were being prevented from returning to their homes by PKK/PYD terrorists.

He added that 12 civilian residents of the area, including one woman, had been injured after PKK/PYD terrorists opened fire on them.

Recent video footage captured by an Anadolu Agency reporter portrays the violence meted out by the PKK/PYD against city residents.

The footage shows local residents fleeing in fear, while others can be seen assisting the injured.

According to Raqqah Is Being Slaughtered Silently (RBSS), an activist network that monitors rights breaches and war crimes in the city, the campaign against ISIL left some 2,000 civilians dead and more than 450,000 residents displaced.

According to RBSS’s estimates, some 90 percent of the city was destroyed in the fighting.