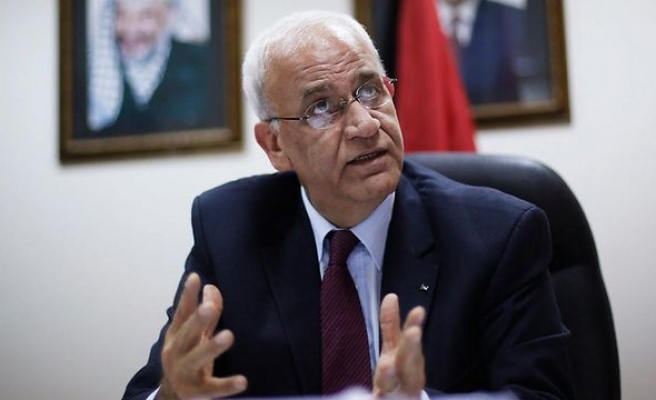 A Palestine Liberation Organization (PLO) official on Wednesday described recent assertions by Israel’s prime minister – in which he voiced his readiness to resume peace talks with the Palestinians – as “hollow talk”.

On Tuesday, Israeli Prime Minister Benjamin Netanyahu was quoted by the Israeli media as saying that he was ready to go to Ramallah – the seat of Palestine’s government – and “sit down with” Palestinian Authority (PA) President Mahmoud Abbas to discuss the resumption of negotiations.

Erekat went on to describe the Israeli PM as the “head of the [Jewish] settlers’ government”, which, he asserted, had refused to free Palestinian prisoners – despite earlier pledges to so – and repudiated a number of signed agreements.

“He [Netanyahu] wants a Palestinian Authority without any authority and to isolate the [blockaded] Gaza Strip from the [occupied] West Bank,” the PLO official said.

He went on to note that PA President Mahmoud Abbas planned to deliver a seminal speech at a UN General Assembly meeting later this month, which, Erekat said, would show  Israel to be “an occupying power” vis-à-vis Palestine.

Negotiations between Israeli and Palestinian negotiators ground to a halt one year ago over the self-proclaimed Jewish state’s refusal to release a group of Palestinian prisoners despite earlier promises to do so.