U.S. Secretary of State also given a transcript of the alleged recording during his Ankara visit Wednesday, says ABC News 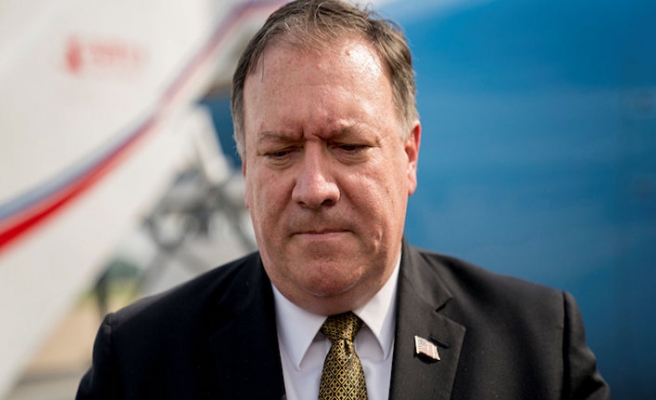 Khashoggi, a columnist for The Washington Post newspaper, has long been feared killed at the Saudi consulate in Istanbul after he entered on Oct. 2 and was never seen exiting.

According to ABC News, the Turkish official said Pompeo listened to the recording Wednesday during a meeting in Ankara, adding he was also given a transcript of the recording.

ABC News also reported that "Turkish officials believe that Khashoggi was killed inside the Saudi consulate following a struggle that lasted eight minutes and they believe he died of strangulation".

The State Department denied the report.

"Secretary Pompeo has neither heard a tape nor has he seen a transcript related to Jamal Khashoggi’s disappearance," spokeswoman Heather Nauert said in a statement.

Prior to his visit to Ankara, Pompeo traveled to Saudi Arabia, where he held talks with Saudi King Salman bin Abdulaziz al-Saud and Crown Prince Mohammed bin Salman on Khashoggi’s disappearance.

Addressing reporters at the White House after his return to the U.S., Pompeo said he advised President Donald Trump to give Saudi Arabia "a few more days" to complete their investigation into the matter.

On the same day of Khashoggi's disappearance, 15 other Saudis, including several officials, arrived in Istanbul on two planes and visited the consulate while he was still inside, according to Turkish police sources.

All of the identified individuals have since left Turkey.

Officials from a joint Turkish-Saudi team completed an investigation into the case early Thursday after searching the residence as well as the Saudi consulate in Istanbul.