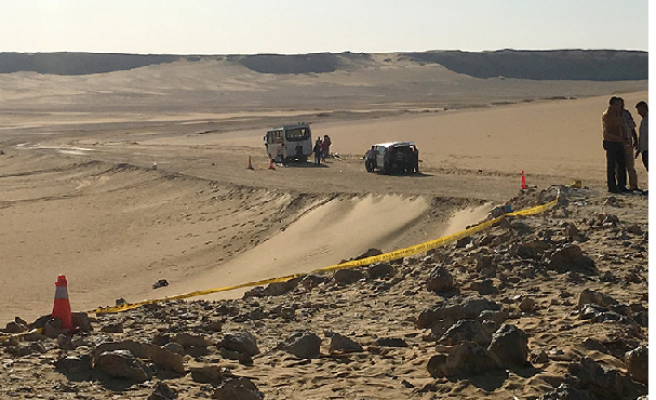 The group made the claim in a Friday statement posted on a social-media account known for its extremist leanings.

“We began our extremism and achieved victory at the battle of the lion's den near the oases [in Egypt’s Western Desert] outside Cairo,” the statement reads.

The statement, however, does not provide any evidence of its assertions, while the Egyptian authorities have yet to comment on the claims.

On Oct. 20, at least Egyptian 16 policemen were killed in an ambush by unidentified perpetrators some 135 kilometers (roughly 84 miles) southwest of capital Cairo.

On Tuesday, the Egyptian army announced it had killed a “large number” of militants in a security operation carried out near the area where last month’s attack took place.

The army also claimed to have secured the release of a policeman taken hostage during the ambush.

Egypt has been fighting a militant insurgency since mid-2013, when the army ousted Mohamed Morsi, the country’s first freely elected president, in a bloody military coup.

The insurgency has been largely confined to the northern Sinai Peninsula, but sporadic attacks have also occurred on the mainland, including in capital Cairo.

Egypt has remained under a state of emergency since April, when scores of people were killed in a twin bomb attack on two churches in the country’s north.

Earlier this week, the army and police launched joint operations in the Western Desert region with the aim of apprehending the perpetrators of last month’s attack.