"The Turks have adopted a remarkable position in supporting Egyptians' right to adhere to legitimacy and reject the military coup against the elected president," Rehab said. 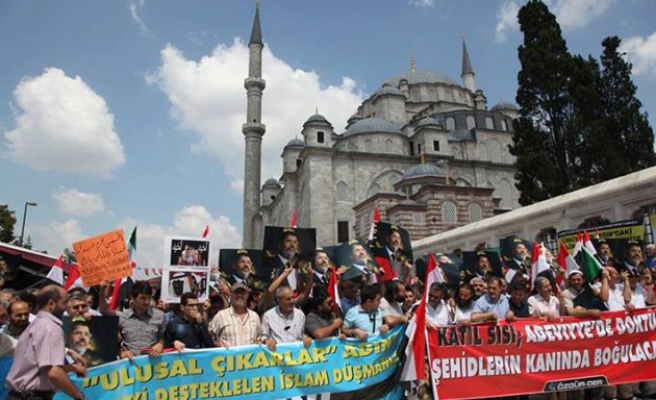 "We are trying to contact the protesters in Sarachane Square in Istanbul's Fatih district – or in other squares in Turkey – who voiced support for [democratic] legitimacy in Egypt to invite them to participate in the tournament," Bahaa Rehab, coordinator of Egypt's "Athletes against the Coup" movement, told Anadolu Agency.

"We would be happy to host our Turkish brothers," he added. "We promise them the warmest hospitality."

Thousands of Turks have demonstrated in Sarachane Square and outside the Egyptian embassy in Ankara to protest Morsi's July 3 ouster by the military and voice their support for ongoing pro-Morsi protests in Cairo's Rabaa al-Adawiya Square.

"The Turks have adopted a remarkable position in supporting Egyptians' right to adhere to legitimacy and reject the military coup against the elected president," Rehab said.

Earlier in the day, protesters in Rabaa al-Adawiya Square and Giza's Nahda Square said they would hold a football tournament on Tuesday featuring teams drawn from both protest camps.

The knockout competition, dubbed the "Anti-Coup League," will feature a total of 106 teams from both protest venues. The opening game on Tuesday will see a team drawn from Rabaa al-Adawiya take on one from Nahda Square.

The winning team will be awarded with a cup and gold medals, while runners-up will receive silver medals. However, organizers said, trophies would not be handed over to winners until Morsi was able to present them personally.

They also announced that some professional players would take part in the tournament.

Supporters of the ousted leader have been camped out in the two squares for more than six weeks to voice their rejection of Morsi's overthrow.

They demand the Islamist leader's return to office, as well as the reinstatement of Egypt's suspended constitution and dissolved Shura Council (the upper house of Egypt's parliament).