Yemen's new government was sworn in by Hadi, three ministers, including al-Kahlani, have declined the nomination 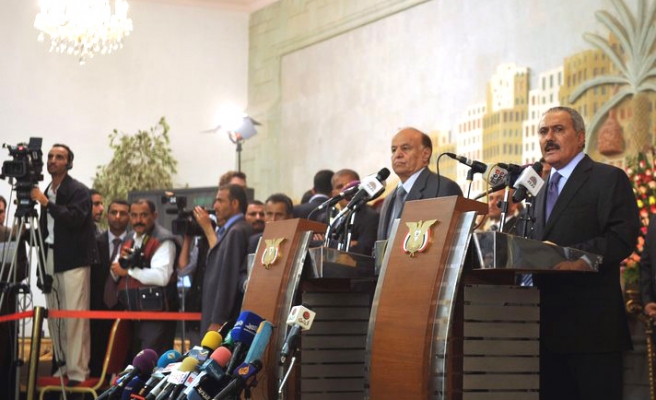 A politician affiliated to the party of Yemen's ousted president Ali Abdullah Saleh has turned down the job of House of Representatives and Shura Council affairs minister in the new government, a government source has said.

"Al-Kahlani later left the venue without taking the oath of office," he added.

Yemen's new government was sworn in by Hadi on Sunday.

Thirty ministers took the oath of office while three ministers, including Foreign Minister Abdullah al-Saidi, were unable to attend the ceremony because they were outside Yemen, a government source told AA.

Three others, including al-Kahlani, have declined the nomination.

On Saturday, Saleh's party asked its members not to serve in the new cabinet.

The new government is the fruit of efforts aimed at ending weeks of tension in Yemen.

The country has been in turmoil since a popular uprising in 2011 ousted long serving Saleh a year later.