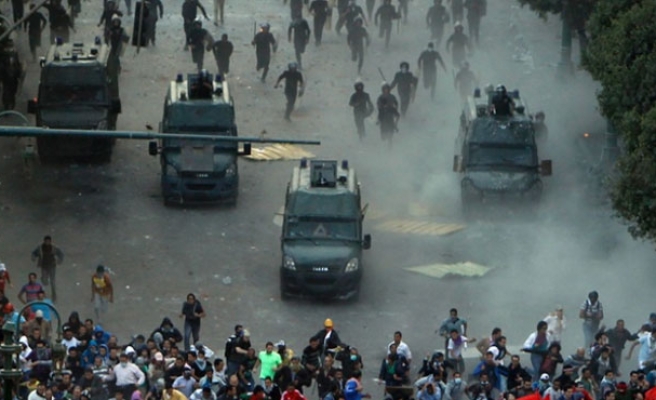 Security forces used teargas to disperse scores of protesters who had gathered in Talaat Harb Square, which is located adjacent to Tahrir Square, witnesses said.

Protesters had chanted slogans against Egypt's military-backed authorities and President Abdel-Fattah al-Sisi, according to witnesses.

"Young people are staging a revolution in central Cairo now," the Ahrar movement declared via Twitter.

Ambulances could be seen rushing to the scene of the clashes amid reports of casualties.

The violence comes three days before the fourth anniversary of the popular uprising that forced autocratic President Hosni Mubarak to step down in early 2011.

On Wednesday, anti-regime protesters staged a brief protest in Tahrir Square, which has been a no-go zone for demonstrators since the ouster of elected President Mohamed Morsi in mid-2013.

Morsi supporters describe the elected leader's ouster by the army – following massive and well-coordinated protests against his presidency – as an illegitimate military coup.