Protests to be dispersed through dialogue if possible: Egypt FM

"The sit-ins will be dismantled through dialogue if possible, or by law," the minister said amid increasingly frequent reports that the authorities plan to begin dispersing the sit-ins within hours. 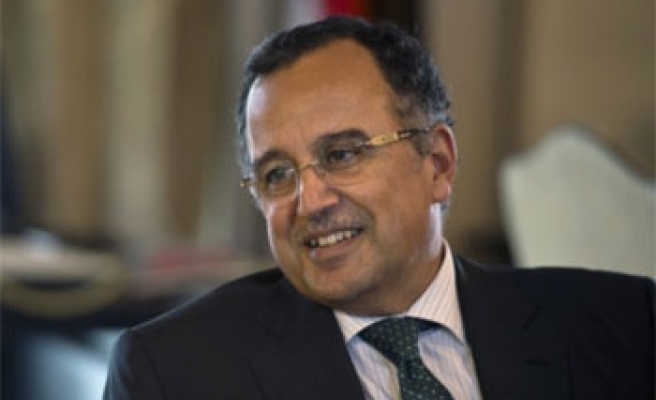 Egypt's Foreign Minister Nabil Fahmi said Monday that the dispersal of two ongoing sit-ins by pro-democracy demonstrators would be achieved "through dialogue if possible."

"It is unreasonable that any modern democratic government would allow the continuation of sit-ins, at which violence is used and the security of the nation and citizens is threatened," Fahmi told reporters.

The minister held a meeting with local reporters on Monday to explain the government's stance regarding the two sit-ins in Giza's Nahda Square and Cairo's Rabaa al-Adawiya Square, where ousted president Morsi's supporters have been protesting for 41 and 45 days respectively to demand the ousted president's reinstatement.

"The sit-ins will be dismantled through dialogue if possible, or by law," the minister said amid increasingly frequent reports that the authorities plan to begin dispersing the sit-ins within hours.

The minister also reiterated the government's commitment to a military-backed roadmap for Egypt's current transitional period.

"The ultimate goal is to establish a modern, democratic state that does not exclude anyone, is based on the rule of the law, and achieves equality among citizens regardless of their religion, race or political affiliation," Fahmi said.

The government has described the twin sit-ins as a "threat to national security" and has mandated the interior minister to take "all necessary measures" to disperse them.

Last week, interim Prime Minister Hazem al-Beblawi said the government would not retreat from its stated plan to break up the two sit-ins.

According to sources, security forces will begin by cordoning off the two protest sites to prevent more people from joining the demonstrations.

A siege would then be imposed for two or three days before security forces begin moving in with teargas and water cannons to disperse any remaining protesters, the sources added.