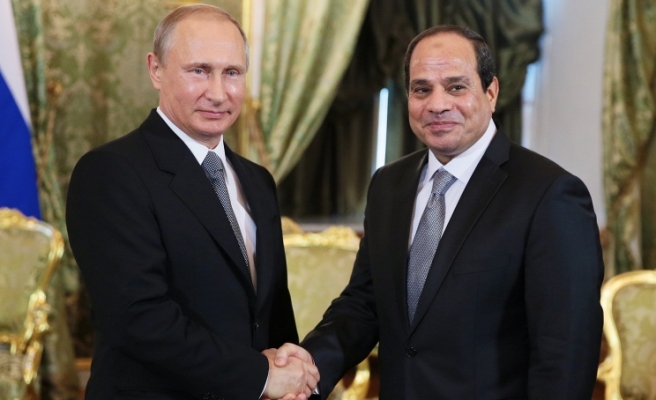 Russian President Vladimir Putin has said he counts on the positive trends in the development of relations between Russia and Egypt that will be tangible for citizens of both countries, he said as much on Wednesday during a meeting with Egypt's junta President Abdel Fattah al-Sisi in Moscow, TASS reported.

"Let me express the hope that thanks to the development of the Russian-Egyptian relations we will move forward, develop our economies, the social sphere, and our citizens will feel the positive trends created by this cooperation," the Russian leader said.

Putin called Egypt a very promising country, which is a key state in the region. The Russian president also congratulated his Egyptian counterpart on the recent opening of the Suez Canal expansion.

"Both you and I know only too well how relations between our friendly countries evolved in the past, over the past decades. And I am very pleased to receive the head of the Egyptian state in Moscow today," the Putin said.