Russia doesn't plan strikes against ISIL or other opposition groups in Syria, at least, not immediately, says Russian president 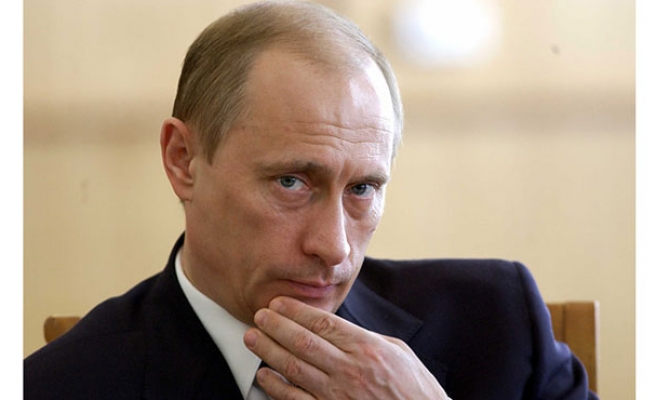 Russia's President Vladimir Putin said in an interview broadcast Sunday that Moscow does not plan ground operations in Syria "right now" but will intensify its support for Bashar al-Assad.

The Russian leader was speaking on CBS news magazine "60 Minutes" on the eve of a much-anticipated speech to the UN General Assembly in which he is expected to defend the Syrian strongman.

Moscow has recently reinforced its military presence in Syria, deploying tanks and attack jets and sparking reports that it plans strikes against the ISIL or other opposition groups.

But Putin said this was not the case -- at least, not immediately.

"Russia will not participate in any troop operations in the territory of Syria or in any other states. Well, at least we don't plan on it right now," he told CBS, through a translator.

"But we are considering intensifying our work with both President Assad and with our partners in other countries," he warned.

Putin also took issue with allegations Assad's brutal tactics, including the use of indiscriminate barrel bombs against civilian populations, was driving Syrians to join the opposition.

"Speaking in a professional language of intelligence services I can tell you that this kind of assessment is an 'active measure' by enemies of Assad," the former KGB officer said.

"It is anti-Syrian propaganda," he declared.

Putin also estimated there were some 2,000 volunteers from Russia and the former Soviet states fighting for ISIL in Syria and that his government had an interest in preventing their return.