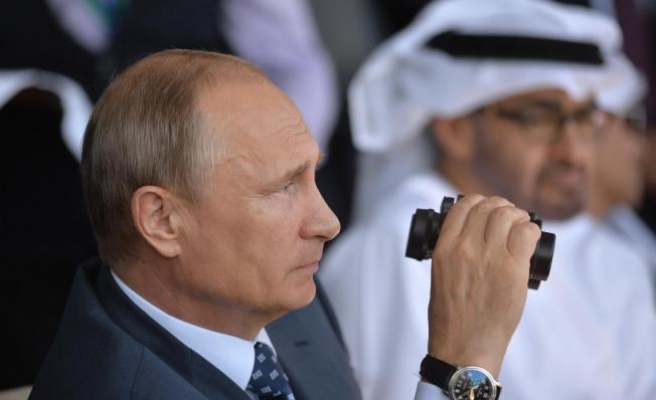 Russian President Vladimir Putin said in an interview released Sunday that he was seeking partners to set up a "coordinated framework" to fight the ISIL group in Iraq and Syria.

"We have proposed to cooperate with the countries in the region. We are trying to establish some kind of coordinated framework," Putin said in the interview with CBS television.

"We would welcome a common platform for collective action against the terrorists," he said.

Putin said he had personally informed the kings of Saudi Arabia and Jordan of his plan and that he had also informed the United States.

Russia has increased its military presence in Syria, deploying more troops and warplanes to an air base along with new arms deliveries to President Bashar al-Assad's forces.

Last week, the Syrian army used Russian drones against the ISIL for the first time.

Putin is expected to explain Russia's motives in Syria when he addresses the UN General Assembly on Monday, just after President Barack Obama takes the podium.

In the interview, Putin argued that Washington's approach to equip and train opposition forces to Assad had failed to meet its initial target of arming between 5,000 and 6,000.

"It turns out that only 60 of these fighters have been properly trained, and as few as 4 or 5 people actually carry weapons, with the rest of them have deserted with the American weapons to join ISIL," he said.

Putin reasserted Russia's view that Assad's forces were fighting the ISIL and stressed "there is only one legitimate conventional army" in Syria.

Western powers maintain that Assad's military is responsible for the vast majority of the 240,000 deaths in the four-year war, using use barrel bombs that they have dubbed the number one killer in the conflict.