Putin to meet Rouhani next month 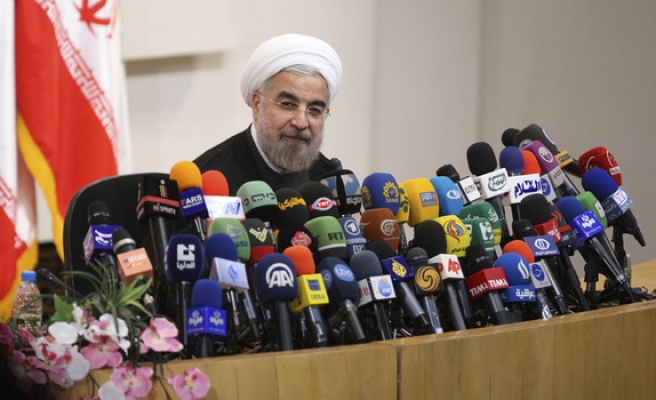 Russian President Vladimir Putin will meet with Iranian President Hassan Rouhani in Bishkek, the capital of Kyrgyzstan in September.

Putin's top foreign policy adviser Yury Ushakov said, Russia has planned to meet Iran's newly elected President Rouhani after a proposal from Tehran for the meeting on the sidelines of the Shanghai Cooperation Organisation summit on September 13 in Bishkek, the capital and the largest city of Kyrgyzstan.

As Russia had stated before, they hoped that they could improve their relations with Iran and provide continuity after the victory of Rowhani in presidential election.

Rouhani met with Putin in Kremlin when he was the chief negotiator in 2005 for Iran's nuclear program.

Rouhani said Tuesday Iran was ready to enter meaningful and serious negotiations with all countries for the interests of his people.

"We are ready, seriously and without wasting time, to engage in serious and substantive talks with the other sides. I am certain the concerns of the two sides would be removed through talks in a short period of time. However, demands outside any legal framework or illogical and outdated demands will not be useful. We should deal with the issue through a realistic approach," Rouhani said, in response to a question about prospects of direct dialogue with the US and a recent decision of the House of Representatives on sanctions against Iran.

He also stated Iran's controversial nuclear program will continue "on the basis of international law."

Regarding Syria, Rouhani had also stressed, Iran would continue with its policy on Syria and said, his country was against foreign intervention.

Rowhani had also said "Duty of Iran, Turkey and other regional countries was to work in cooperation to help Syria get over the crisis as soon as possible and to stand against foreign intervention and arms aid to groups within the country".