The Russian newspaper Kommersant quoted a source close to the Iranian Foreign Ministry as saying President Putin would visit on Aug. 12, days after Hassan Rouhani is inaugurated. 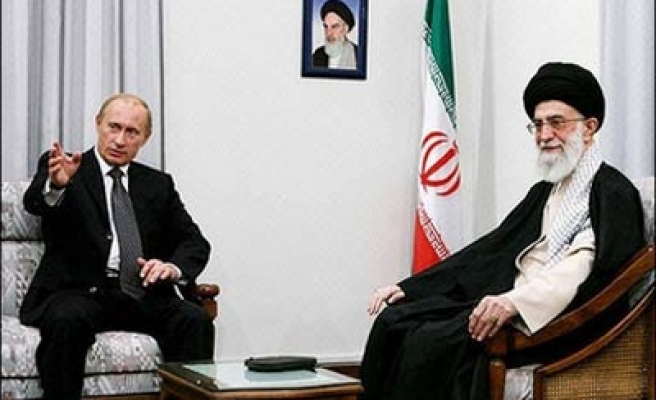 The Russian newspaper Kommersant quoted a source close to the Iranian Foreign Ministry as saying President Putin would visit on Aug. 12, days after Hassan Rouhani is inaugurated.

Iran's Mehr news agency said Putin would travel to Iran on Aug. 16, without citing a source.

World powers hope Iran's relatively moderate new leader will comply with demands for Tehran to scale back nuclear work which they suspect is aimed at enabling it to make bombs.

Iran says it is enriching uranium, the fissile material for atomic bombs, only to fuel nuclear power stations and for medical purposes.

Once Rouhani takes office, Tehran's hardline team in nuclear talks with six world powers is likely to be overhauled.

The last high-level talks between Iran and six world powers - the United States, Russia, China, Britain,France and Germany - were held in Kazakhstan in April. They failed to break the deadlock.

Moscow has proposed a compromise under which Tehran would be rewarded for scaling back on enrichment with concessions on international sanctions over the nuclear programme.

Kommersant also cited a defence industry source as saying Putin could discuss an offer to replace frozen shipments of S-300 anti-aircraft missile systems to Tehran with deliveries of Antey-2500 anti-ballistic missiles, an upgrade of the S-300s.

o Iran in 2010 after it came under international pressure not to complete the deal because of the sanctions.